Though under house arrest for two years, God enables Paul to carry on a productive Gospel ministry. In whatever situation we find ourselves, God will give us outlets to serve in the interest of our Savior. 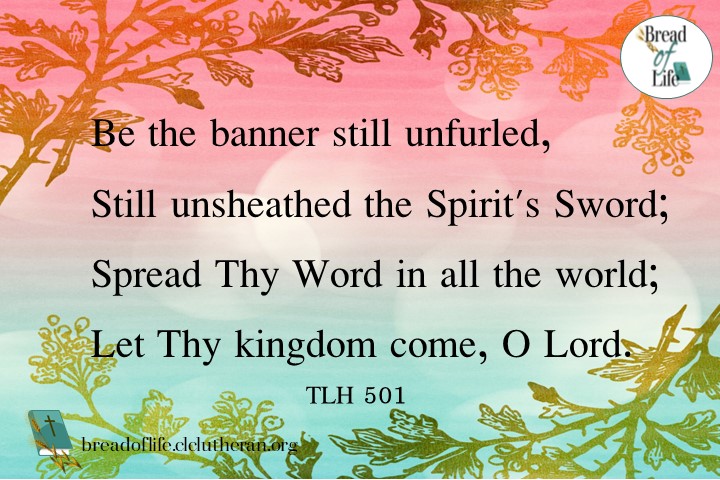 17 After three days he called together the local leaders of the Jews, and when they had gathered, he said to them, “Brothers, though I had done nothing against our people or the customs of our fathers, yet I was delivered as a prisoner from Jerusalem into the hands of the Romans. 18 When they had examined me, they wished to set me at liberty, because there was no reason for the death penalty in my case. 19 But because the Jews objected, I was compelled to appeal to Caesar—though I had no charge to bring against my nation. 20 For this reason, therefore, I have asked to see you and speak with you, since it is because of the hope of Israel that I am wearing this chain.” 21 And they said to him, “We have received no letters from Judea about you, and none of the brothers coming here has reported or spoken any evil about you. 22 But we desire to hear from you what your views are, for with regard to this sect we know that everywhere it is spoken against.”

23 When they had appointed a day for him, they came to him at his lodging in greater numbers. From morning till evening he expounded to them, testifying to the kingdom of God and trying to convince them about Jesus both from the Law of Moses and from the Prophets. 24 And some were convinced by what he said, but others disbelieved. 25 And disagreeing among themselves, they departed after Paul had made one statement: “The Holy Spirit was right in saying to your fathers through Isaiah the prophet:

28 Therefore let it be known to you that this salvation of God has been sent to the Gentiles; they will listen.”1

30 He lived there two whole years at his own expense,2 and welcomed all who came to him, 31 proclaiming the kingdom of God and teaching about the Lord Jesus Christ with all boldness and without hindrance.

[1] 28:28 Some manuscripts add verse 29: And when he had said these words, the Jews departed, having much dispute among themselves


17 And it came to pass, that after three days Paul called the chief of the Jews together: and when they were come together, he said unto them, Men and brethren, though I have committed nothing against the people, or customs of our fathers, yet was I delivered prisoner from Jerusalem into the hands of the Romans. 18 Who, when they had examined me, would have let me go, because there was no cause of death in me. 19 But when the Jews spake against it, I was constrained to appeal unto Caesar; not that I had ought to accuse my nation of. 20 For this cause therefore have I called for you, to see you, and to speak with you: because that for the hope of Israel I am bound with this chain. 21 And they said unto him, We neither received letters out of Judaea concerning thee, neither any of the brethren that came shewed or spake any harm of thee. 22 But we desire to hear of thee what thou thinkest: for as concerning this sect, we know that every where it is spoken against.

23 And when they had appointed him a day, there came many to him into his lodging; to whom he expounded and testified the kingdom of God, persuading them concerning Jesus, both out of the law of Moses, and out of the prophets, from morning till evening. 24 And some believed the things which were spoken, and some believed not. 25 And when they agreed not among themselves, they departed, after that Paul had spoken one word, Well spake the Holy Ghost by Esaias the prophet unto our fathers, 26 Saying, Go unto this people, and say, Hearing ye shall hear, and shall not understand; and seeing ye shall see, and not perceive: 27 For the heart of this people is waxed gross, and their ears are dull of hearing, and their eyes have they closed; lest they should see with their eyes, and hear with their ears, and understand with their heart, and should be converted, and I should heal them. 28 Be it known therefore unto you, that the salvation of God is sent unto the Gentiles, and that they will hear it. 29 And when he had said these words, the Jews departed, and had great reasoning among themselves.

30 And Paul dwelt two whole years in his own hired house, and received all that came in unto him, 31 Preaching the kingdom of God, and teaching those things which concern the Lord Jesus Christ, with all confidence, no man forbidding him.(KJV)