The power of Jesus comes to the island of Malta. Paul suffers no ill effects after being bitten by a venomous snake, and people from all over the island are cured of sicknesses. Most certainly, Paul preaches the Gospel, God’s power for salvation. 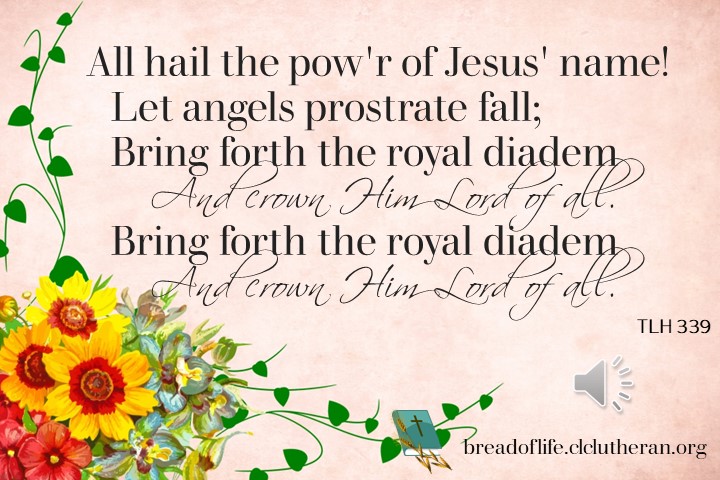 28:1 After we were brought safely through, we then learned that the island was called Malta. 2 The native people1 showed us unusual kindness, for they kindled a fire and welcomed us all, because it had begun to rain and was cold. 3 When Paul had gathered a bundle of sticks and put them on the fire, a viper came out because of the heat and fastened on his hand. 4 When the native people saw the creature hanging from his hand, they said to one another, “No doubt this man is a murderer. Though he has escaped from the sea, Justice2 has not allowed him to live.” 5 He, however, shook off the creature into the fire and suffered no harm. 6 They were waiting for him to swell up or suddenly fall down dead. But when they had waited a long time and saw no misfortune come to him, they changed their minds and said that he was a god.

7 Now in the neighborhood of that place were lands belonging to the chief man of the island, named Publius, who received us and entertained us hospitably for three days. 8 It happened that the father of Publius lay sick with fever and dysentery. And Paul visited him and prayed, and putting his hands on him, healed him. 9 And when this had taken place, the rest of the people on the island who had diseases also came and were cured. 10 They also honored us greatly,3 and when we were about to sail, they put on board whatever we needed.

11 After three months we set sail in a ship that had wintered in the island, a ship of Alexandria, with the twin gods4 as a figurehead. 12 Putting in at Syracuse, we stayed there for three days. 13 And from there we made a circuit and arrived at Rhegium. And after one day a south wind sprang up, and on the second day we came to Puteoli. 14 There we found brothers5 and were invited to stay with them for seven days. And so we came to Rome. 15 And the brothers there, when they heard about us, came as far as the Forum of Appius and Three Taverns to meet us. On seeing them, Paul thanked God and took courage. 16 And when we came into Rome, Paul was allowed to stay by himself, with the soldier who guarded him.


1 And when they were escaped, then they knew that the island was called Melita. 2 And the barbarous people shewed us no little kindness: for they kindled a fire, and received us every one, because of the present rain, and because of the cold. 3 And when Paul had gathered a bundle of sticks, and laid them on the fire, there came a viper out of the heat, and fastened on his hand. 4 And when the barbarians saw the venomous beast hang on his hand, they said among themselves, No doubt this man is a murderer, whom, though he hath escaped the sea, yet vengeance suffereth not to live. 5 And he shook off the beast into the fire, and felt no harm. 6 Howbeit they looked when he should have swollen, or fallen down dead suddenly: but after they had looked a great while, and saw no harm come to him, they changed their minds, and said that he was a god. 7 In the same quarters were possessions of the chief man of the island, whose name was Publius; who received us, and lodged us three days courteously. 8 And it came to pass, that the father of Publius lay sick of a fever and of a bloody flux: to whom Paul entered in, and prayed, and laid his hands on him, and healed him. 9 So when this was done, others also, which had diseases in the island, came, and were healed: 10 Who also honoured us with many honours; and when we departed, they laded us with such things as were necessary.

11 And after three months we departed in a ship of Alexandria, which had wintered in the isle, whose sign was Castor and Pollux. 12 And landing at Syracuse, we tarried there three days. 13 And from thence we fetched a compass, and came to Rhegium: and after one day the south wind blew, and we came the next day to Puteoli: 14 Where we found brethren, and were desired to tarry with them seven days: and so we went toward Rome. 15 And from thence, when the brethren heard of us, they came to meet us as far as Appii forum, and The three taverns: whom when Paul saw, he thanked God, and took courage. 16 And when we came to Rome, the centurion delivered the prisoners to the captain of the guard: but Paul was suffered to dwell by himself with a soldier that kept him.(KJV)

1. All hail the power of Jesus’ name!
Let angels prostrate fall;
Bring forth the royal diadem
And crown Him Lord of all.

2. Crown Him, ye martyrs of our God,
Who from His altar call;
Extol the Stem of Jesse’s rod
And crown Him Lord of all.

3. Ye seed of Israel’s chosen race,
Ye ransomed from the Fall,
Hail Him who saves you by His grace
And crown Him Lord of all.

4. Hail Him, ye heirs of David’s line,
Whom David Lord did call,
The God incarnate, Man divine,
And crown Him Lord of all.

5. Sinners, whose love can ne’er forget
The wormwood and the gall,
Go, spread your trophies at His feet
And crown Him Lord of all.

6. Let every kindred, every tribe,
On this terrestrial ball
To Him all majesty ascribe
And crown Him Lord of all.

7. Oh, that with yonder sacred throng
We at His feet may fall!
We’ll join the everlasting song
And crown Him Lord of all.