It’s a shipwreck, but one in which not one single person aboard is lost. Isn’t that exactly what God, through Paul, had said would happen? Lord, help us trust implicitly all that Your Word says and promises. 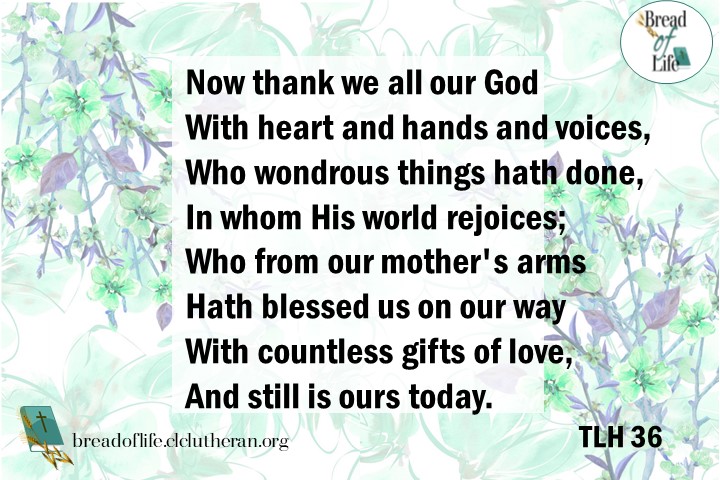 27 When the fourteenth night had come, as we were being driven across the Adriatic Sea, about midnight the sailors suspected that they were nearing land. 28 So they took a sounding and found twenty fathoms.1 A little farther on they took a sounding again and found fifteen fathoms.2 29 And fearing that we might run on the rocks, they let down four anchors from the stern and prayed for day to come. 30 And as the sailors were seeking to escape from the ship, and had lowered the ship’s boat into the sea under pretense of laying out anchors from the bow, 31 Paul said to the centurion and the soldiers, “Unless these men stay in the ship, you cannot be saved.” 32 Then the soldiers cut away the ropes of the ship’s boat and let it go.

33 As day was about to dawn, Paul urged them all to take some food, saying, “Today is the fourteenth day that you have continued in suspense and without food, having taken nothing. 34 Therefore I urge you to take some food. For it will give you strength,3 for not a hair is to perish from the head of any of you.” 35 And when he had said these things, he took bread, and giving thanks to God in the presence of all he broke it and began to eat. 36 Then they all were encouraged and ate some food themselves. 37 (We were in all 2764 persons in the ship.) 38 And when they had eaten enough, they lightened the ship, throwing out the wheat into the sea.

39 Now when it was day, they did not recognize the land, but they noticed a bay with a beach, on which they planned if possible to run the ship ashore. 40 So they cast off the anchors and left them in the sea, at the same time loosening the ropes that tied the rudders. Then hoisting the foresail to the wind they made for the beach. 41 But striking a reef,5 they ran the vessel aground. The bow stuck and remained immovable, and the stern was being broken up by the surf. 42 The soldiers’ plan was to kill the prisoners, lest any should swim away and escape. 43 But the centurion, wishing to save Paul, kept them from carrying out their plan. He ordered those who could swim to jump overboard first and make for the land, 44 and the rest on planks or on pieces of the ship. And so it was that all were brought safely to land.

[5] 27:41 Or sandbank, or crosscurrent; Greek place between two seas


27 But when the fourteenth night was come, as we were driven up and down in Adria, about midnight the shipmen deemed that they drew near to some country; 28 And sounded, and found it twenty fathoms: and when they had gone a little further, they sounded again, and found it fifteen fathoms. 29 Then fearing lest we should have fallen upon rocks, they cast four anchors out of the stern, and wished for the day. 30 And as the shipmen were about to flee out of the ship, when they had let down the boat into the sea, under colour as though they would have cast anchors out of the foreship, 31 Paul said to the centurion and to the soldiers, Except these abide in the ship, ye cannot be saved. 32 Then the soldiers cut off the ropes of the boat, and let her fall off. 33 And while the day was coming on, Paul besought them all to take meat, saying, This day is the fourteenth day that ye have tarried and continued fasting, having taken nothing. 34 Wherefore I pray you to take some meat: for this is for your health: for there shall not an hair fall from the head of any of you. 35 And when he had thus spoken, he took bread, and gave thanks to God in presence of them all: and when he had broken it, he began to eat. 36 Then were they all of good cheer, and they also took some meat. 37 And we were in all in the ship two hundred threescore and sixteen souls. 38 And when they had eaten enough, they lightened the ship, and cast out the wheat into the sea. 39 And when it was day, they knew not the land: but they discovered a certain creek with a shore, into the which they were minded, if it were possible, to thrust in the ship. 40 And when they had taken up the anchors, they committed themselves unto the sea, and loosed the rudder bands, and hoisted up the mainsail to the wind, and made toward shore. 41 And falling into a place where two seas met, they ran the ship aground; and the forepart stuck fast, and remained unmoveable, but the hinder part was broken with the violence of the waves. 42 And the soldiers’ counsel was to kill the prisoners, lest any of them should swim out, and escape. 43 But the centurion, willing to save Paul, kept them from their purpose; and commanded that they which could swim should cast themselves first into the sea, and get to land: 44 And the rest, some on boards, and some on broken pieces of the ship. And so it came to pass, that they escaped all safe to land.(KJV)

1. Now thank we all our God
With heart and hands and voices,
Who wondrous things hath done,
In whom His world rejoices;
Who from our mother’s arms
Hath blessed us on our way
With countless gifts of love,
And still is ours today.

2. Oh, may this bounteous God
Through all our life be near us,
With ever joyful hearts
And blessed peace to cheer us;
And keep us in His grace
And guide us when perplexed
And free us from all ills
In this world and the next.

3. All praise and thanks to God
The Father now be given,
The Son, and Him who reigns
With them in highest heaven:
The one eternal God,
Whom earth and heaven adore!
For thus it was, is now,
And shall be evermore.