When Paul again testifies to God’s grace, Festus accuses Paul of being out of his mind. But Paul explains that what he has said is a matter of verifiable record. Regardless, if one is said to be out of his mind, let it be said he’s out of his mind for Christ. 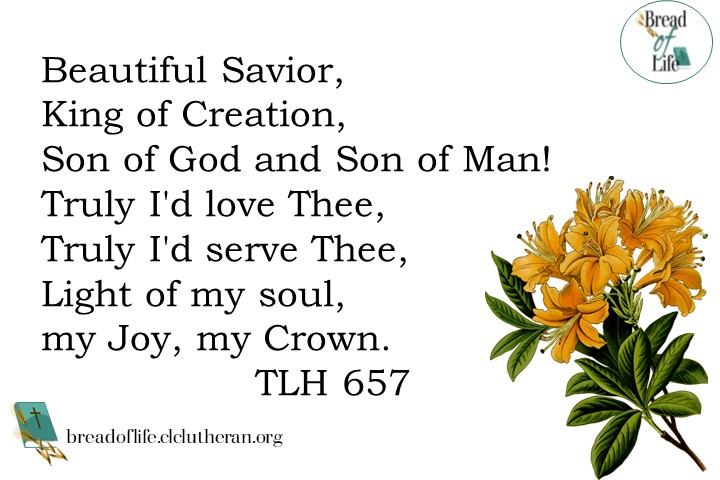 19 “Therefore, O King Agrippa, I was not disobedient to the heavenly vision, 20 but declared first to those in Damascus, then in Jerusalem and throughout all the region of Judea, and also to the Gentiles, that they should repent and turn to God, performing deeds in keeping with their repentance. 21 For this reason the Jews seized me in the temple and tried to kill me. 22 To this day I have had the help that comes from God, and so I stand here testifying both to small and great, saying nothing but what the prophets and Moses said would come to pass: 23 that the Christ must suffer and that, by being the first to rise from the dead, he would proclaim light both to our people and to the Gentiles.”

24 And as he was saying these things in his defense, Festus said with a loud voice, “Paul, you are out of your mind; your great learning is driving you out of your mind.” 25 But Paul said, “I am not out of my mind, most excellent Festus, but I am speaking true and rational words. 26 For the king knows about these things, and to him I speak boldly. For I am persuaded that none of these things has escaped his notice, for this has not been done in a corner. 27 King Agrippa, do you believe the prophets? I know that you believe.” 28 And Agrippa said to Paul, “In a short time would you persuade me to be a Christian?”1 29 And Paul said, “Whether short or long, I would to God that not only you but also all who hear me this day might become such as I am—except for these chains.”

30 Then the king rose, and the governor and Bernice and those who were sitting with them. 31 And when they had withdrawn, they said to one another, “This man is doing nothing to deserve death or imprisonment.” 32 And Agrippa said to Festus, “This man could have been set free if he had not appealed to Caesar.”


19 Whereupon, O king Agrippa, I was not disobedient unto the heavenly vision: 20 But shewed first unto them of Damascus, and at Jerusalem, and throughout all the coasts of Judaea, and then to the Gentiles, that they should repent and turn to God, and do works meet for repentance. 21 For these causes the Jews caught me in the temple, and went about to kill me. 22 Having therefore obtained help of God, I continue unto this day, witnessing both to small and great, saying none other things than those which the prophets and Moses did say should come: 23 That Christ should suffer, and that he should be the first that should rise from the dead, and should shew light unto the people, and to the Gentiles.

24 And as he thus spake for himself, Festus said with a loud voice, Paul, thou art beside thyself; much learning doth make thee mad. 25 But he said, I am not mad, most noble Festus; but speak forth the words of truth and soberness. 26 For the king knoweth of these things, before whom also I speak freely: for I am persuaded that none of these things are hidden from him; for this thing was not done in a corner. 27 King Agrippa, believest thou the prophets? I know that thou believest. 28 Then Agrippa said unto Paul, Almost thou persuadest me to be a Christian. 29 And Paul said, I would to God, that not only thou, but also all that hear me this day, were both almost, and altogether such as I am, except these bonds. 30 And when he had thus spoken, the king rose up, and the governor, and Bernice, and they that sat with them: 31 And when they were gone aside, they talked between themselves, saying, This man doeth nothing worthy of death or of bonds. 32 Then said Agrippa unto Festus, This man might have been set at liberty, if he had not appealed unto Caesar.(KJV)

2. Fair are the meadows,
Fair are the woodlands,
Robed in flowers of blooming spring;
Jesus is fairer,
Jesus is purer;
He makes our sorrowing spirit sing.

4. Beautiful Savior,
Lord of the nations,
Son of God and Son of Man!
Glory and honor,
Praise, adoration,
Now and forevermore be Thine!