In discussing Paul’s case with King Agrippa, Festus admits that he is clueless as to what charge can be brought against Paul. Let it always be said of God’s people that when they suffer, it is for doing good. 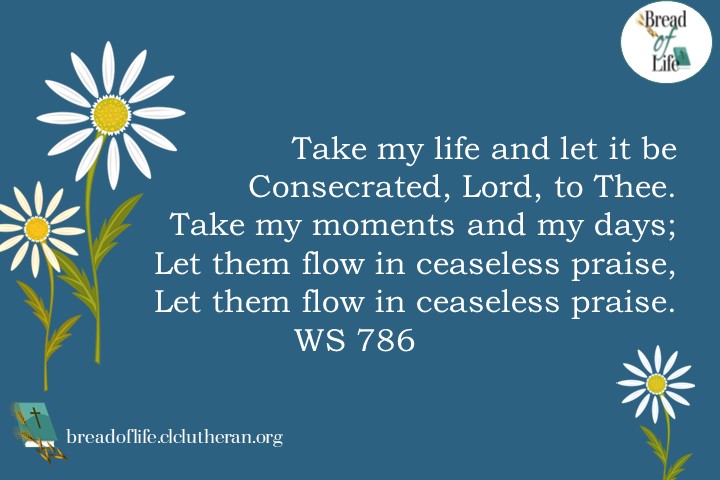 Paul Before Agrippa and Bernice

13 Now when some days had passed, Agrippa the king and Bernice arrived at Caesarea and greeted Festus. 14 And as they stayed there many days, Festus laid Paul’s case before the king, saying, “There is a man left prisoner by Felix, 15 and when I was at Jerusalem, the chief priests and the elders of the Jews laid out their case against him, asking for a sentence of condemnation against him. 16 I answered them that it was not the custom of the Romans to give up anyone before the accused met the accusers face to face and had opportunity to make his defense concerning the charge laid against him. 17 So when they came together here, I made no delay, but on the next day took my seat on the tribunal and ordered the man to be brought. 18 When the accusers stood up, they brought no charge in his case of such evils as I supposed. 19 Rather they had certain points of dispute with him about their own religion and about a certain Jesus, who was dead, but whom Paul asserted to be alive. 20 Being at a loss how to investigate these questions, I asked whether he wanted to go to Jerusalem and be tried there regarding them. 21 But when Paul had appealed to be kept in custody for the decision of the emperor, I ordered him to be held until I could send him to Caesar.” 22 Then Agrippa said to Festus, “I would like to hear the man myself.” “Tomorrow,” said he, “you will hear him.”

23 So on the next day Agrippa and Bernice came with great pomp, and they entered the audience hall with the military tribunes and the prominent men of the city. Then, at the command of Festus, Paul was brought in. 24 And Festus said, “King Agrippa and all who are present with us, you see this man about whom the whole Jewish people petitioned me, both in Jerusalem and here, shouting that he ought not to live any longer. 25 But I found that he had done nothing deserving death. And as he himself appealed to the emperor, I decided to go ahead and send him. 26 But I have nothing definite to write to my lord about him. Therefore I have brought him before you all, and especially before you, King Agrippa, so that, after we have examined him, I may have something to write. 27 For it seems to me unreasonable, in sending a prisoner, not to indicate the charges against him.”


13 And after certain days king Agrippa and Bernice came unto Caesarea to salute Festus. 14 And when they had been there many days, Festus declared Paul’s cause unto the king, saying, There is a certain man left in bonds by Felix: 15 About whom, when I was at Jerusalem, the chief priests and the elders of the Jews informed me, desiring to have judgment against him. 16 To whom I answered, It is not the manner of the Romans to deliver any man to die, before that he which is accused have the accusers face to face, and have licence to answer for himself concerning the crime laid against him. 17 Therefore, when they were come hither, without any delay on the morrow I sat on the judgment seat, and commanded the man to be brought forth. 18 Against whom when the accusers stood up, they brought none accusation of such things as I supposed: 19 But had certain questions against him of their own superstition, and of one Jesus, which was dead, whom Paul affirmed to be alive. 20 And because I doubted of such manner of questions, I asked him whether he would go to Jerusalem, and there be judged of these matters. 21 But when Paul had appealed to be reserved unto the hearing of Augustus, I commanded him to be kept till I might send him to Caesar. 22 Then Agrippa said unto Festus, I would also hear the man myself. To morrow, said he, thou shalt hear him. 23 And on the morrow, when Agrippa was come, and Bernice, with great pomp, and was entered into the place of hearing, with the chief captains, and principal men of the city, at Festus’ commandment Paul was brought forth. 24 And Festus said, King Agrippa, and all men which are here present with us, ye see this man, about whom all the multitude of the Jews have dealt with me, both at Jerusalem, and also here, crying that he ought not to live any longer. 25 But when I found that he had committed nothing worthy of death, and that he himself hath appealed to Augustus, I have determined to send him. 26 Of whom I have no certain thing to write unto my lord. Wherefore I have brought him forth before you, and specially before thee, O king Agrippa, that, after examination had, I might have somewhat to write. 27 For it seemeth to me unreasonable to send a prisoner, and not withal to signify the crimes laid against him.(KJV)

4. Take my silver and my gold;
Not a mite would I withhold.