Knowing he wouldn’t get a fair trial in Jerusalem, Paul appeals his case to Caesar. God had told Paul that he would take the Gospel to Rome. Off to Rome he will go for still more opportunities to bring Christ to lost sinners. 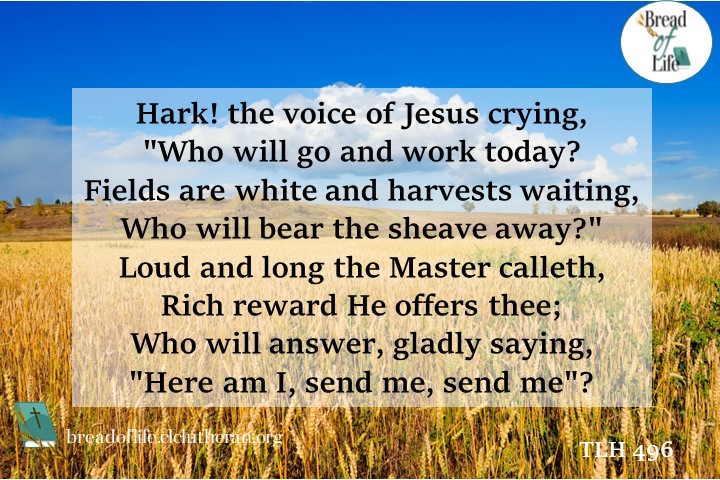 25:1 Now three days after Festus had arrived in the province, he went up to Jerusalem from Caesarea. 2 And the chief priests and the principal men of the Jews laid out their case against Paul, and they urged him, 3 asking as a favor against Paul1 that he summon him to Jerusalem—because they were planning an ambush to kill him on the way. 4 Festus replied that Paul was being kept at Caesarea and that he himself intended to go there shortly. 5 “So,” said he, “let the men of authority among you go down with me, and if there is anything wrong about the man, let them bring charges against him.”

6 After he stayed among them not more than eight or ten days, he went down to Caesarea. And the next day he took his seat on the tribunal and ordered Paul to be brought. 7 When he had arrived, the Jews who had come down from Jerusalem stood around him, bringing many and serious charges against him that they could not prove. 8 Paul argued in his defense, “Neither against the law of the Jews, nor against the temple, nor against Caesar have I committed any offense.” 9 But Festus, wishing to do the Jews a favor, said to Paul, “Do you wish to go up to Jerusalem and there be tried on these charges before me?” 10 But Paul said, “I am standing before Caesar’s tribunal, where I ought to be tried. To the Jews I have done no wrong, as you yourself know very well. 11 If then I am a wrongdoer and have committed anything for which I deserve to die, I do not seek to escape death. But if there is nothing to their charges against me, no one can give me up to them. I appeal to Caesar.” 12 Then Festus, when he had conferred with his council, answered, “To Caesar you have appealed; to Caesar you shall go.”


1 Now when Festus was come into the province, after three days he ascended from Caesarea to Jerusalem. 2 Then the high priest and the chief of the Jews informed him against Paul, and besought him, 3 And desired favour against him, that he would send for him to Jerusalem, laying wait in the way to kill him. 4 But Festus answered, that Paul should be kept at Caesarea, and that he himself would depart shortly thither. 5 Let them therefore, said he, which among you are able, go down with me, and accuse this man, if there be any wickedness in him. 6 And when he had tarried among them more than ten days, he went down unto Caesarea; and the next day sitting on the judgment seat commanded Paul to be brought. 7 And when he was come, the Jews which came down from Jerusalem stood round about, and laid many and grievous complaints against Paul, which they could not prove. 8 While he answered for himself, Neither against the law of the Jews, neither against the temple, nor yet against Caesar, have I offended any thing at all. 9 But Festus, willing to do the Jews a pleasure, answered Paul, and said, Wilt thou go up to Jerusalem, and there be judged of these things before me? 10 Then said Paul, I stand at Caesar’s judgment seat, where I ought to be judged: to the Jews have I done no wrong, as thou very well knowest. 11 For if I be an offender, or have committed any thing worthy of death, I refuse not to die: but if there be none of these things whereof these accuse me, no man may deliver me unto them. I appeal unto Caesar. 12 Then Festus, when he had conferred with the council, answered, Hast thou appealed unto Caesar? unto Caesar shalt thou go.(KJV)

1. Hark! the voice of Jesus crying,
“Who will go and work today?
Fields are white and harvests waiting,
Who will bear the sheave away?”
Loud and long the Master calleth,
Rich reward He offers thee;
Who will answer, gladly saying,
“Here am I, send me, send me”?

2. If you cannot speak like angels,
If you cannot preach like Paul,
You can tell the love of Jesus,
You can say He died for all.
If you cannot rouse the wicked
With the Judgement’s dread alarms,
You can lead the little children
To the Savior’s waiting arms.

3. If you cannot be a watchman,
Standing high on Zion’s wall,
Pointing out the path to heaven,
Offering life and peace to all,
With your prayers and with your bounties
You can do what God demands;
You can be like faithful Aaron,
Holding up the prophet’s hands.

4. Let none hear you idly saying,
“There is nothing I can do,”
While the souls of men are dying
And the Master calls for you.
Take the task He gives you gladly,
Let His work your pleasure be;
Answer quickly when He calleth,
“Here am I, send me, send me!”