Agabus prophesies Paul’s arrest in Jerusalem at the hands of the Gentiles. While Paul’s friends try to dissuade him from going to Jerusalem, Paul asserts he’s ready to die for Christ. Yes, He is worth dying for! 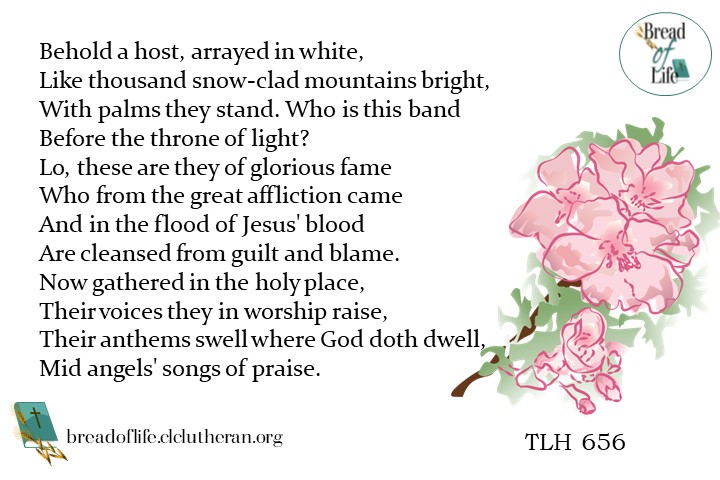 21:1 And when we had parted from them and set sail, we came by a straight course to Cos, and the next day to Rhodes, and from there to Patara.1 2 And having found a ship crossing to Phoenicia, we went aboard and set sail. 3 When we had come in sight of Cyprus, leaving it on the left we sailed to Syria and landed at Tyre, for there the ship was to unload its cargo. 4 And having sought out the disciples, we stayed there for seven days. And through the Spirit they were telling Paul not to go on to Jerusalem. 5 When our days there were ended, we departed and went on our journey, and they all, with wives and children, accompanied us until we were outside the city. And kneeling down on the beach, we prayed 6 and said farewell to one another. Then we went on board the ship, and they returned home.

7 When we had finished the voyage from Tyre, we arrived at Ptolemais, and we greeted the brothers2 and stayed with them for one day. 8 On the next day we departed and came to Caesarea, and we entered the house of Philip the evangelist, who was one of the seven, and stayed with him. 9 He had four unmarried daughters, who prophesied. 10 While we were staying for many days, a prophet named Agabus came down from Judea. 11 And coming to us, he took Paul’s belt and bound his own feet and hands and said, “Thus says the Holy Spirit, ‘This is how the Jews3 at Jerusalem will bind the man who owns this belt and deliver him into the hands of the Gentiles.’” 12 When we heard this, we and the people there urged him not to go up to Jerusalem. 13 Then Paul answered, “What are you doing, weeping and breaking my heart? For I am ready not only to be imprisoned but even to die in Jerusalem for the name of the Lord Jesus.” 14 And since he would not be persuaded, we ceased and said, “Let the will of the Lord be done.”

[3] 21:11 Greek Ioudaioi probably refers here to Jewish religious leaders, and others under their influence, in that time


1 And it came to pass, that after we were gotten from them, and had launched, we came with a straight course unto Coos, and the day following unto Rhodes, and from thence unto Patara: 2 And finding a ship sailing over unto Phenicia, we went aboard, and set forth. 3 Now when we had discovered Cyprus, we left it on the left hand, and sailed into Syria, and landed at Tyre: for there the ship was to unlade her burden. 4 And finding disciples, we tarried there seven days: who said to Paul through the Spirit, that he should not go up to Jerusalem. 5 And when we had accomplished those days, we departed and went our way; and they all brought us on our way, with wives and children, till we were out of the city: and we kneeled down on the shore, and prayed. 6 And when we had taken our leave one of another, we took ship; and they returned home again. 7 And when we had finished our course from Tyre, we came to Ptolemais, and saluted the brethren, and abode with them one day.

8 And the next day we that were of Paul’s company departed, and came unto Caesarea: and we entered into the house of Philip the evangelist, which was one of the seven; and abode with him. 9 And the same man had four daughters, virgins, which did prophesy. 10 And as we tarried there many days, there came down from Judaea a certain prophet, named Agabus. 11 And when he was come unto us, he took Paul’s girdle, and bound his own hands and feet, and said, Thus saith the Holy Ghost, So shall the Jews at Jerusalem bind the man that owneth this girdle, and shall deliver him into the hands of the Gentiles. 12 And when we heard these things, both we, and they of that place, besought him not to go up to Jerusalem. 13 Then Paul answered, What mean ye to weep and to break mine heart? for I am ready not to be bound only, but also to die at Jerusalem for the name of the Lord Jesus. 14 And when he would not be persuaded, we ceased, saying, The will of the Lord be done.(KJV)

1. Behold a host, arrayed in white,
Like thousand snow-clad mountains bright,
With palms they stand. Who is this band
Before the throne of light?
Lo, these are they of glorious fame
Who from the great affliction came
And in the flood of Jesus’ blood
Are cleansed from guilt and blame.
Now gathered in the holy place,
Their voices they in worship raise,
Their anthems swell where God doth dwell,
Mid angels’ songs of praise.

2. Despised and scorned, they sojourned here;
But now, how glorious they appear!
Those martyrs stand a priestly band,
God’s throne forever near.
So oft, in troubled days gone by,
In anguish they would weep and sigh,
At home above the God of Love
For aye their tears shall dry.
They now enjoy their Sabbath rest,
The paschal banquet of the blest;
The Lamb, their Lord, at festal board
Himself is Host and Guest.

3. Then hail, ye mighty legions, yea,
All hail! Now safe and blest for aye,
And praise the Lord, who with His Word
Sustained you on the way.
Ye did the joys of earth disdain,
Ye toiled and sowed in tears and pain.
Farewell, now bring your sheaves and sing
Salvation’s glad refrain.
Swing high your palms, lift up your song,
Yea, make it myriad voices strong,
Eternally shall praise to Thee,
God, and the Lamb belong.