Idol maker Demetrius raises an uproar against the Gospel, which was winning many hearts away from Diana to Christ. To this day the Gospel continues to win hearts for Christ away from the idols of this world. 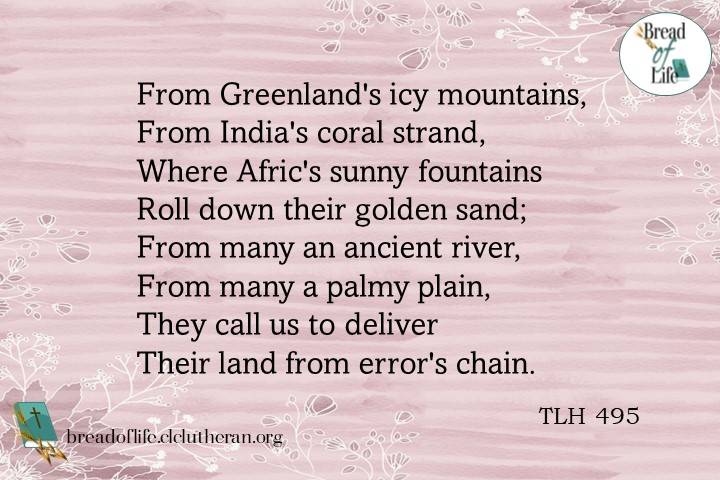 A Riot at Ephesus

21 Now after these events Paul resolved in the Spirit to pass through Macedonia and Achaia and go to Jerusalem, saying, “After I have been there, I must also see Rome.” 22 And having sent into Macedonia two of his helpers, Timothy and Erastus, he himself stayed in Asia for a while.

23 About that time there arose no little disturbance concerning the Way. 24 For a man named Demetrius, a silversmith, who made silver shrines of Artemis, brought no little business to the craftsmen. 25 These he gathered together, with the workmen in similar trades, and said, “Men, you know that from this business we have our wealth. 26 And you see and hear that not only in Ephesus but in almost all of Asia this Paul has persuaded and turned away a great many people, saying that gods made with hands are not gods. 27 And there is danger not only that this trade of ours may come into disrepute but also that the temple of the great goddess Artemis may be counted as nothing, and that she may even be deposed from her magnificence, she whom all Asia and the world worship.”

28 When they heard this they were enraged and were crying out, “Great is Artemis of the Ephesians!” 29 So the city was filled with the confusion, and they rushed together into the theater, dragging with them Gaius and Aristarchus, Macedonians who were Paul’s companions in travel. 30 But when Paul wished to go in among the crowd, the disciples would not let him. 31 And even some of the Asiarchs,1 who were friends of his, sent to him and were urging him not to venture into the theater. 32 Now some cried out one thing, some another, for the assembly was in confusion, and most of them did not know why they had come together. 33 Some of the crowd prompted Alexander, whom the Jews had put forward. And Alexander, motioning with his hand, wanted to make a defense to the crowd. 34 But when they recognized that he was a Jew, for about two hours they all cried out with one voice, “Great is Artemis of the Ephesians!”

35 And when the town clerk had quieted the crowd, he said, “Men of Ephesus, who is there who does not know that the city of the Ephesians is temple keeper of the great Artemis, and of the sacred stone that fell from the sky?2 36 Seeing then that these things cannot be denied, you ought to be quiet and do nothing rash. 37 For you have brought these men here who are neither sacrilegious nor blasphemers of our goddess. 38 If therefore Demetrius and the craftsmen with him have a complaint against anyone, the courts are open, and there are proconsuls. Let them bring charges against one another. 39 But if you seek anything further,3 it shall be settled in the regular assembly. 40 For we really are in danger of being charged with rioting today, since there is no cause that we can give to justify this commotion.” 41 And when he had said these things, he dismissed the assembly.

[3] 19:39 Some manuscripts seek about other matters


21 After these things were ended, Paul purposed in the spirit, when he had passed through Macedonia and Achaia, to go to Jerusalem, saying, After I have been there, I must also see Rome. 22 So he sent into Macedonia two of them that ministered unto him, Timotheus and Erastus; but he himself stayed in Asia for a season. 23 And the same time there arose no small stir about that way. 24 For a certain man named Demetrius, a silversmith, which made silver shrines for Diana, brought no small gain unto the craftsmen; 25 Whom he called together with the workmen of like occupation, and said, Sirs, ye know that by this craft we have our wealth. 26 Moreover ye see and hear, that not alone at Ephesus, but almost throughout all Asia, this Paul hath persuaded and turned away much people, saying that they be no gods, which are made with hands: 27 So that not only this our craft is in danger to be set at nought; but also that the temple of the great goddess Diana should be despised, and her magnificence should be destroyed, whom all Asia and the world worshippeth. 28 And when they heard these sayings, they were full of wrath, and cried out, saying, Great is Diana of the Ephesians. 29 And the whole city was filled with confusion: and having caught Gaius and Aristarchus, men of Macedonia, Paul’s companions in travel, they rushed with one accord into the theatre. 30 And when Paul would have entered in unto the people, the disciples suffered him not. 31 And certain of the chief of Asia, which were his friends, sent unto him, desiring him that he would not adventure himself into the theatre. 32 Some therefore cried one thing, and some another: for the assembly was confused; and the more part knew not wherefore they were come together. 33 And they drew Alexander out of the multitude, the Jews putting him forward. And Alexander beckoned with the hand, and would have made his defence unto the people. 34 But when they knew that he was a Jew, all with one voice about the space of two hours cried out, Great is Diana of the Ephesians. 35 And when the townclerk had appeased the people, he said, Ye men of Ephesus, what man is there that knoweth not how that the city of the Ephesians is a worshipper of the great goddess Diana, and of the image which fell down from Jupiter? 36 Seeing then that these things cannot be spoken against, ye ought to be quiet, and to do nothing rashly. 37 For ye have brought hither these men, which are neither robbers of churches, nor yet blasphemers of your goddess. 38 Wherefore if Demetrius, and the craftsmen which are with him, have a matter against any man, the law is open, and there are deputies: let them implead one another. 39 But if ye inquire any thing concerning other matters, it shall be determined in a lawful assembly. 40 For we are in danger to be called in question for this day’s uproar, there being no cause whereby we may give an account of this concourse. 41 And when he had thus spoken, he dismissed the assembly.(KJV)

1. From Greenland’s icy mountains,
From India’s coral strand,
Where Afric’s sunny fountains
Roll down their golden sand;
From many an ancient river,
From many a palmy plain,
They call us to deliver
Their land from error’s chain.

2. What though the spicy breezes
Blow soft o’er Ceylon’s isle;
Though ev’ry prospect pleases
And only man is vile;
In vain with lavish kindness
The gifts of God are strown;
The heathen in his blindness
Bows down to wood and stone.

3. Can we whose souls are lighted
With wisdom from on high,
Can we to men benighted
The lamp of life deny?
Salvation! Oh, Salvation!
The joyful sound proclaim
Till each remotest nation
Has learned Messiah’s name.

4. Waft, waft, ye winds, His story,
And you, ye waters, roll,
Till like a sea of glory
It spreads from pole to pole;
Till o’er our ransomed nature
The lamb for sinners slain,
Redeemer, King, Creator,
In bliss returns to reign.