Paul brings the Gospel to Ephesus with the usual results: many reject Christ, while other believe. Noteworthy is the burning of expensive books of dark magic formerly owned by those who now found in Jesus a treasure worth far more than all the world. 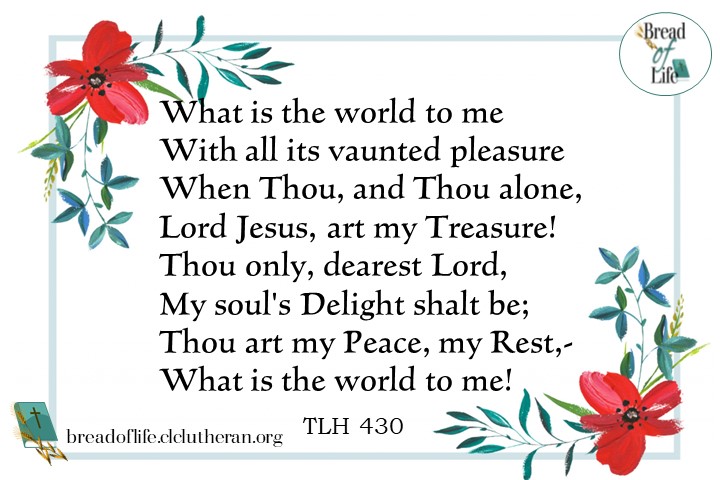 19:1 And it happened that while Apollos was at Corinth, Paul passed through the inland1 country and came to Ephesus. There he found some disciples. 2 And he said to them, “Did you receive the Holy Spirit when you believed?” And they said, “No, we have not even heard that there is a Holy Spirit.” 3 And he said, “Into what then were you baptized?” They said, “Into John’s baptism.” 4 And Paul said, “John baptized with the baptism of repentance, telling the people to believe in the one who was to come after him, that is, Jesus.” 5 On hearing this, they were baptized in2 the name of the Lord Jesus. 6 And when Paul had laid his hands on them, the Holy Spirit came on them, and they began speaking in tongues and prophesying. 7 There were about twelve men in all.

8 And he entered the synagogue and for three months spoke boldly, reasoning and persuading them about the kingdom of God. 9 But when some became stubborn and continued in unbelief, speaking evil of the Way before the congregation, he withdrew from them and took the disciples with him, reasoning daily in the hall of Tyrannus.3 10 This continued for two years, so that all the residents of Asia heard the word of the Lord, both Jews and Greeks.

The Sons of Sceva

11 And God was doing extraordinary miracles by the hands of Paul, 12 so that even handkerchiefs or aprons that had touched his skin were carried away to the sick, and their diseases left them and the evil spirits came out of them. 13 Then some of the itinerant Jewish exorcists undertook to invoke the name of the Lord Jesus over those who had evil spirits, saying, “I adjure you by the Jesus whom Paul proclaims.” 14 Seven sons of a Jewish high priest named Sceva were doing this. 15 But the evil spirit answered them, “Jesus I know, and Paul I recognize, but who are you?” 16 And the man in whom was the evil spirit leaped on them, mastered all4 of them and overpowered them, so that they fled out of that house naked and wounded. 17 And this became known to all the residents of Ephesus, both Jews and Greeks. And fear fell upon them all, and the name of the Lord Jesus was extolled. 18 Also many of those who were now believers came, confessing and divulging their practices. 19 And a number of those who had practiced magic arts brought their books together and burned them in the sight of all. And they counted the value of them and found it came to fifty thousand pieces of silver. 20 So the word of the Lord continued to increase and prevail mightily.


1 And it came to pass, that, while Apollos was at Corinth, Paul having passed through the upper coasts came to Ephesus: and finding certain disciples, 2 He said unto them, Have ye received the Holy Ghost since ye believed? And they said unto him, We have not so much as heard whether there be any Holy Ghost. 3 And he said unto them, Unto what then were ye baptized? And they said, Unto John’s baptism. 4 Then said Paul, John verily baptized with the baptism of repentance, saying unto the people, that they should believe on him which should come after him, that is, on Christ Jesus. 5 When they heard this, they were baptized in the name of the Lord Jesus. 6 And when Paul had laid his hands upon them, the Holy Ghost came on them; and they spake with tongues, and prophesied. 7 And all the men were about twelve.

8 And he went into the synagogue, and spake boldly for the space of three months, disputing and persuading the things concerning the kingdom of God. 9 But when divers were hardened, and believed not, but spake evil of that way before the multitude, he departed from them, and separated the disciples, disputing daily in the school of one Tyrannus. 10 And this continued by the space of two years; so that all they which dwelt in Asia heard the word of the Lord Jesus, both Jews and Greeks. 11 And God wrought special miracles by the hands of Paul: 12 So that from his body were brought unto the sick handkerchiefs or aprons, and the diseases departed from them, and the evil spirits went out of them.

13 Then certain of the vagabond Jews, exorcists, took upon them to call over them which had evil spirits the name of the Lord Jesus, saying, We adjure you by Jesus whom Paul preacheth. 14 And there were seven sons of one Sceva, a Jew, and chief of the priests, which did so. 15 And the evil spirit answered and said, Jesus I know, and Paul I know; but who are ye? 16 And the man in whom the evil spirit was leaped on them, and overcame them, and prevailed against them, so that they fled out of that house naked and wounded. 17 And this was known to all the Jews and Greeks also dwelling at Ephesus; and fear fell on them all, and the name of the Lord Jesus was magnified. 18 And many that believed came, and confessed, and shewed their deeds. 19 Many of them also which used curious arts brought their books together, and burned them before all men: and they counted the price of them, and found it fifty thousand pieces of silver. 20 So mightily grew the word of God and prevailed.(KJV)

2. The would is like a cloud
And like a vapor fleeting,
A shadow that declines,
Swift to its end retreating.
My Jesus doth abide,
Though all things fade and flee;
My everlasting Rock,-
What is the world to me!

3. The world seeks to be praised
And honored by the mighty,
Yet never once reflects
That they are frail and flighty.
But what I truly prize
Above all things is He,
My Jesus, He alone,-
What is the world to me!

4. The world seeks after wealth
And all that Mammon offers,
Yet never is content
Though gold should fill its coffers.
I have a higher good,
Content with it I’ll be:
My Jesus is my Wealth,-
What is the world to me!

5. The world is sorely grieved
Whenever it is slighted
Or when its hollow fame
And honor have been blighted.
Christ, Thy reproach I bear
Long as it pleaseth Thee;
I’m honored by my Lord,-
What is the world to me!

6. The world with wanton pride
Exalts its sinful pleasures
And for them foolishly
Gives up the heavenly treasures.
Let others love the world
With all its vanity;
I love the Lord, my God,-
What is the world to me!

7. The world abideth not;
Lo, like a flash ’twill vanish;
With all it gorgeous pomp
Pale death it cannot banish;
Its riches pass away,
And all its joys must flee;
But Jesus doth abide,-
What is the world to me!