Being a witness for Christ is not easy in a God-hating world, but the Lord will not fail to hold us up so that we can keep on going: “Do not be afraid, but speak, and do not keep silent; for I am with you.” 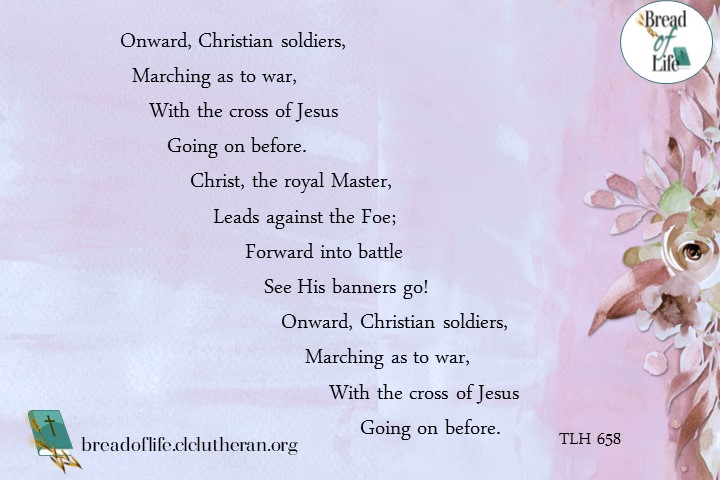 18:1 After this Paul1 left Athens and went to Corinth. 2 And he found a Jew named Aquila, a native of Pontus, recently come from Italy with his wife Priscilla, because Claudius had commanded all the Jews to leave Rome. And he went to see them, 3 and because he was of the same trade he stayed with them and worked, for they were tentmakers by trade. 4 And he reasoned in the synagogue every Sabbath, and tried to persuade Jews and Greeks.

5 When Silas and Timothy arrived from Macedonia, Paul was occupied with the word, testifying to the Jews that the Christ was Jesus. 6 And when they opposed and reviled him, he shook out his garments and said to them, “Your blood be on your own heads! I am innocent. From now on I will go to the Gentiles.” 7 And he left there and went to the house of a man named Titius Justus, a worshiper of God. His house was next door to the synagogue. 8 Crispus, the ruler of the synagogue, believed in the Lord, together with his entire household. And many of the Corinthians hearing Paul believed and were baptized. 9 And the Lord said to Paul one night in a vision, “Do not be afraid, but go on speaking and do not be silent, 10 for I am with you, and no one will attack you to harm you, for I have many in this city who are my people.” 11 And he stayed a year and six months, teaching the word of God among them.

12 But when Gallio was proconsul of Achaia, the Jews2 made a united attack on Paul and brought him before the tribunal, 13 saying, “This man is persuading people to worship God contrary to the law.” 14 But when Paul was about to open his mouth, Gallio said to the Jews, “If it were a matter of wrongdoing or vicious crime, O Jews, I would have reason to accept your complaint. 15 But since it is a matter of questions about words and names and your own law, see to it yourselves. I refuse to be a judge of these things.” 16 And he drove them from the tribunal. 17 And they all seized Sosthenes, the ruler of the synagogue, and beat him in front of the tribunal. But Gallio paid no attention to any of this.

[2] 18:12 Greek Ioudaioi probably refers here to Jewish religious leaders, and others under their influence, in that time; also verses 14 (twice), 28


1 After these things Paul departed from Athens, and came to Corinth; 2 And found a certain Jew named Aquila, born in Pontus, lately come from Italy, with his wife Priscilla; (because that Claudius had commanded all Jews to depart from Rome:) and came unto them. 3 And because he was of the same craft, he abode with them, and wrought: for by their occupation they were tentmakers. 4 And he reasoned in the synagogue every sabbath, and persuaded the Jews and the Greeks. 5 And when Silas and Timotheus were come from Macedonia, Paul was pressed in the spirit, and testified to the Jews that Jesus was Christ. 6 And when they opposed themselves, and blasphemed, he shook his raiment, and said unto them, Your blood be upon your own heads; I am clean: from henceforth I will go unto the Gentiles.

7 And he departed thence, and entered into a certain man’s house, named Justus, one that worshipped God, whose house joined hard to the synagogue. 8 And Crispus, the chief ruler of the synagogue, believed on the Lord with all his house; and many of the Corinthians hearing believed, and were baptized. 9 Then spake the Lord to Paul in the night by a vision, Be not afraid, but speak, and hold not thy peace: 10 For I am with thee, and no man shall set on thee to hurt thee: for I have much people in this city. 11 And he continued there a year and six months, teaching the word of God among them.

12 And when Gallio was the deputy of Achaia, the Jews made insurrection with one accord against Paul, and brought him to the judgment seat, 13 Saying, This fellow persuadeth men to worship God contrary to the law. 14 And when Paul was now about to open his mouth, Gallio said unto the Jews, If it were a matter of wrong or wicked lewdness, O ye Jews, reason would that I should bear with you: 15 But if it be a question of words and names, and of your law, look ye to it; for I will be no judge of such matters. 16 And he drave them from the judgment seat. 17 Then all the Greeks took Sosthenes, the chief ruler of the synagogue, and beat him before the judgment seat. And Gallio cared for none of those things.(KJV)

2. Like a mighty army
Moves the Church of God;
Brothers, we are treading
Where the saints have trod.
We are not divided,
All one body we,
One in hope and doctrine,
One in charity.
Onward, Christian soldiers,
Marching as to war,
With the cross of Jesus
Going on before.

3. Crowns and thrones may perish,
Kingdoms rise and wane,
But the Church of Jesus
Constant will remain.
Gates of hell can never
‘Gainst that Church prevail;
We have Christ’s own promise,
And that cannot fail.
Onward, Christian soldiers,
Marching as to war,
With the cross of Jesus
Going on before.

4. Onward, then, ye faithful,
Join our happy throng,
Blend with ours your voices
In the triumph-song;
Glory, laud, and honor
Unto Christ the King;
This, through countless ages,
Men and angels sing.
Onward, Christian soldiers,
Marching as to war,
With the cross of Jesus
Going on before.