Thessalonica is the next stop as the message of a risen Savior marches on. But it’s in Berea where we learn the vital lesson of carefully reading our Bibles to make sure we’re being taught the truth of Scripture. 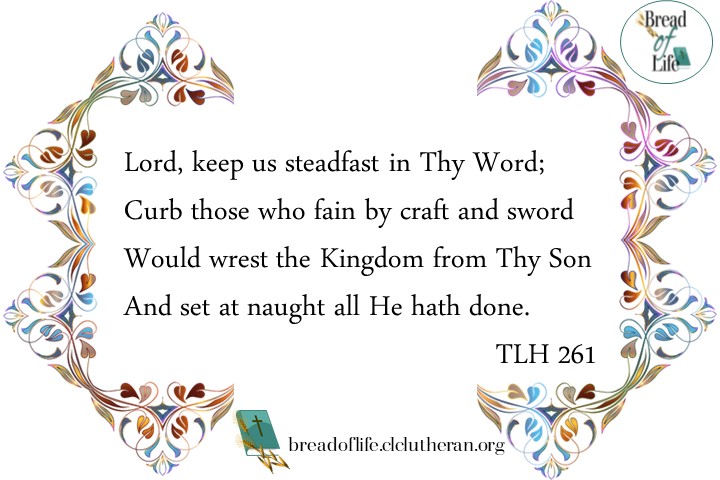 Paul and Silas in Thessalonica

17:1 Now when they had passed through Amphipolis and Apollonia, they came to Thessalonica, where there was a synagogue of the Jews. 2 And Paul went in, as was his custom, and on three Sabbath days he reasoned with them from the Scriptures, 3 explaining and proving that it was necessary for the Christ to suffer and to rise from the dead, and saying, “This Jesus, whom I proclaim to you, is the Christ.” 4 And some of them were persuaded and joined Paul and Silas, as did a great many of the devout Greeks and not a few of the leading women. 5 But the Jews1 were jealous, and taking some wicked men of the rabble, they formed a mob, set the city in an uproar, and attacked the house of Jason, seeking to bring them out to the crowd. 6 And when they could not find them, they dragged Jason and some of the brothers before the city authorities, shouting, “These men who have turned the world upside down have come here also, 7 and Jason has received them, and they are all acting against the decrees of Caesar, saying that there is another king, Jesus.” 8 And the people and the city authorities were disturbed when they heard these things. 9 And when they had taken money as security from Jason and the rest, they let them go.

Paul and Silas in Berea

10 The brothers2 immediately sent Paul and Silas away by night to Berea, and when they arrived they went into the Jewish synagogue. 11 Now these Jews were more noble than those in Thessalonica; they received the word with all eagerness, examining the Scriptures daily to see if these things were so. 12 Many of them therefore believed, with not a few Greek women of high standing as well as men. 13 But when the Jews from Thessalonica learned that the word of God was proclaimed by Paul at Berea also, they came there too, agitating and stirring up the crowds. 14 Then the brothers immediately sent Paul off on his way to the sea, but Silas and Timothy remained there. 15 Those who conducted Paul brought him as far as Athens, and after receiving a command for Silas and Timothy to come to him as soon as possible, they departed.

[1] 17:5 Greek Ioudaioi probably refers here to Jewish religious leaders, and others under their influence, in that time; also verse 13


1 Now when they had passed through Amphipolis and Apollonia, they came to Thessalonica, where was a synagogue of the Jews: 2 And Paul, as his manner was, went in unto them, and three sabbath days reasoned with them out of the scriptures, 3 Opening and alleging, that Christ must needs have suffered, and risen again from the dead; and that this Jesus, whom I preach unto you, is Christ. 4 And some of them believed, and consorted with Paul and Silas; and of the devout Greeks a great multitude, and of the chief women not a few. 5 But the Jews which believed not, moved with envy, took unto them certain lewd fellows of the baser sort, and gathered a company, and set all the city on an uproar, and assaulted the house of Jason, and sought to bring them out to the people. 6 And when they found them not, they drew Jason and certain brethren unto the rulers of the city, crying, These that have turned the world upside down are come hither also; 7 Whom Jason hath received: and these all do contrary to the decrees of Caesar, saying that there is another king, one Jesus. 8 And they troubled the people and the rulers of the city, when they heard these things. 9 And when they had taken security of Jason, and of the other, they let them go.

10 And the brethren immediately sent away Paul and Silas by night unto Berea: who coming thither went into the synagogue of the Jews. 11 These were more noble than those in Thessalonica, in that they received the word with all readiness of mind, and searched the scriptures daily, whether those things were so. 12 Therefore many of them believed; also of honourable women which were Greeks, and of men, not a few. 13 But when the Jews of Thessalonica had knowledge that the word of God was preached of Paul at Berea, they came thither also, and stirred up the people. 14 And then immediately the brethren sent away Paul to go as it were to the sea: but Silas and Timotheus abode there still. 15 And they that conducted Paul brought him unto Athens: and receiving a commandment unto Silas and Timotheus for to come to him with all speed, they departed.(KJV)

1. Lord, keep us steadfast in Thy Word;
Curb those who fain by craft and sword
Would wrest the Kingdom from Thy Son
And set at naught all He hath done.

2. Lord Jesus Christ, Thy power make known,
For Thou art Lord of lords alone;
Defend Thy Christendom that we
May evermore sing praise to Thee.

3. O Comforter of priceless worth.
Send peace and unity on earth.
Support us in our final strife
And lead us out of death to life.