Satan dogs the missionaries through a demon-possessed girl. But, in a head-to head confrontation, Jesus shows His power over the forces of darkness. Satan doesn’t give up, however, as evil men put Paul and Silas in prison. We’ll see how that didn’t work out well for Satan either. 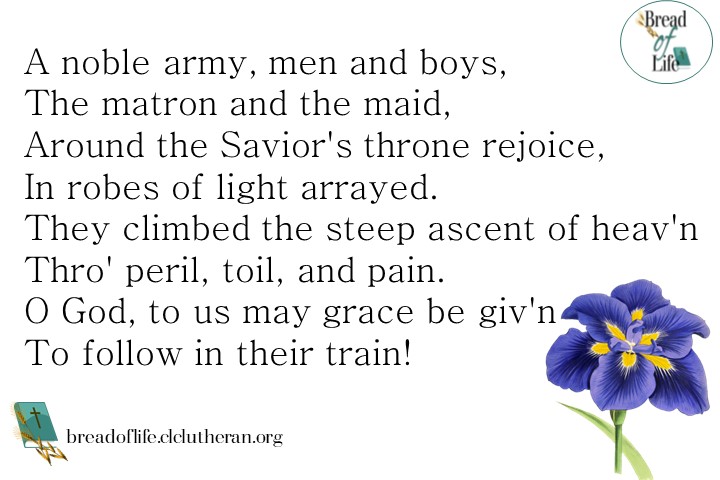 The Conversion of Lydia

11 So, setting sail from Troas, we made a direct voyage to Samothrace, and the following day to Neapolis, 12 and from there to Philippi, which is a leading city of the1 district of Macedonia and a Roman colony. We remained in this city some days. 13 And on the Sabbath day we went outside the gate to the riverside, where we supposed there was a place of prayer, and we sat down and spoke to the women who had come together. 14 One who heard us was a woman named Lydia, from the city of Thyatira, a seller of purple goods, who was a worshiper of God. The Lord opened her heart to pay attention to what was said by Paul. 15 And after she was baptized, and her household as well, she urged us, saying, “If you have judged me to be faithful to the Lord, come to my house and stay.” And she prevailed upon us.

Paul and Silas in Prison

16 As we were going to the place of prayer, we were met by a slave girl who had a spirit of divination and brought her owners much gain by fortune-telling. 17 She followed Paul and us, crying out, “These men are servants of the Most High God, who proclaim to you the way of salvation.” 18 And this she kept doing for many days. Paul, having become greatly annoyed, turned and said to the spirit, “I command you in the name of Jesus Christ to come out of her.” And it came out that very hour.

19 But when her owners saw that their hope of gain was gone, they seized Paul and Silas and dragged them into the marketplace before the rulers. 20 And when they had brought them to the magistrates, they said, “These men are Jews, and they are disturbing our city. 21 They advocate customs that are not lawful for us as Romans to accept or practice.” 22 The crowd joined in attacking them, and the magistrates tore the garments off them and gave orders to beat them with rods. 23 And when they had inflicted many blows upon them, they threw them into prison, ordering the jailer to keep them safely. 24 Having received this order, he put them into the inner prison and fastened their feet in the stocks.


11 Therefore loosing from Troas, we came with a straight course to Samothracia, and the next day to Neapolis; 12 And from thence to Philippi, which is the chief city of that part of Macedonia, and a colony: and we were in that city abiding certain days. 13 And on the sabbath we went out of the city by a river side, where prayer was wont to be made; and we sat down, and spake unto the women which resorted thither. 14 And a certain woman named Lydia, a seller of purple, of the city of Thyatira, which worshipped God, heard us: whose heart the Lord opened, that she attended unto the things which were spoken of Paul. 15 And when she was baptized, and her household, she besought us, saying, If ye have judged me to be faithful to the Lord, come into my house, and abide there. And she constrained us.

16 And it came to pass, as we went to prayer, a certain damsel possessed with a spirit of divination met us, which brought her masters much gain by soothsaying: 17 The same followed Paul and us, and cried, saying, These men are the servants of the most high God, which shew unto us the way of salvation. 18 And this did she many days. But Paul, being grieved, turned and said to the spirit, I command thee in the name of Jesus Christ to come out of her. And he came out the same hour. 19 And when her masters saw that the hope of their gains was gone, they caught Paul and Silas, and drew them into the marketplace unto the rulers, 20 And brought them to the magistrates, saying, These men, being Jews, do exceedingly trouble our city, 21 And teach customs, which are not lawful for us to receive, neither to observe, being Romans. 22 And the multitude rose up together against them: and the magistrates rent off their clothes, and commanded to beat them. 23 And when they had laid many stripes upon them, they cast them into prison, charging the jailor to keep them safely: 24 Who, having received such a charge, thrust them into the inner prison, and made their feet fast in the stocks.(KJV)

2. The martyr first whose eagle eye
Could pierce beyond the grave,
Who saw His Master in the sky
And called on Him to save.
Like Him, with pardon on His tongue,
In midst of mortal pain,
He prayed for them that did the wrong–
Who follows in his train?

3. A glorious band, the chosen few,
On whom the Spirit came,
Twelve valiant saints; their hope they knew
And mocked the cross and flame.
They met the tyrant’s brandished steel,
The lion’s gory mane;
They bowed their necks the death to feel–
Who follows in their train?

4. A noble army, men and boys,
The matron and the maid,
Around the Savior’s throne rejoice,
In robes of light arrayed.
They climbed the steep ascent of heav’n
Thro’ peril, toil, and pain.
O God, to us may grace be giv’n
To follow in their train!