The missionaries re-visit those to whom they had previously brought the Word. God’s people need constant encouragement to remain in the faith. Thank God for those who faithfully bring His faith-sustaining Word to us. 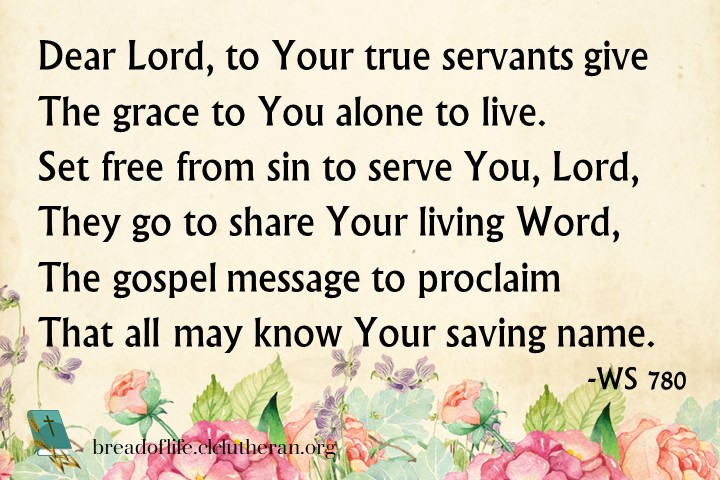 21 When they had preached the gospel to that city and had made many disciples, they returned to Lystra and to Iconium and to Antioch, 22 strengthening the souls of the disciples, encouraging them to continue in the faith, and saying that through many tribulations we must enter the kingdom of God. 23 And when they had appointed elders for them in every church, with prayer and fasting they committed them to the Lord in whom they had believed.

Paul and Barnabas Return to Antioch in Syria

24 Then they passed through Pisidia and came to Pamphylia. 25 And when they had spoken the word in Perga, they went down to Attalia, 26 and from there they sailed to Antioch, where they had been commended to the grace of God for the work that they had fulfilled. 27 And when they arrived and gathered the church together, they declared all that God had done with them, and how he had opened a door of faith to the Gentiles. 28 And they remained no little time with the disciples.


21 And when they had preached the gospel to that city, and had taught many, they returned again to Lystra, and to Iconium, and Antioch, 22 Confirming the souls of the disciples, and exhorting them to continue in the faith, and that we must through much tribulation enter into the kingdom of God. 23 And when they had ordained them elders in every church, and had prayed with fasting, they commended them to the Lord, on whom they believed. 24 And after they had passed throughout Pisidia, they came to Pamphylia. 25 And when they had preached the word in Perga, they went down into Attalia: 26 And thence sailed to Antioch, from whence they had been recommended to the grace of God for the work which they fulfilled. 27 And when they were come, and had gathered the church together, they rehearsed all that God had done with them, and how he had opened the door of faith unto the Gentiles. 28 And there they abode long time with the disciples.(KJV)