Despite many hardships, Paul and Barnabas will not be deterred from proclaiming the message of Christ wherever they went. May God give us all such unwavering commitment to the greatest cause ever! 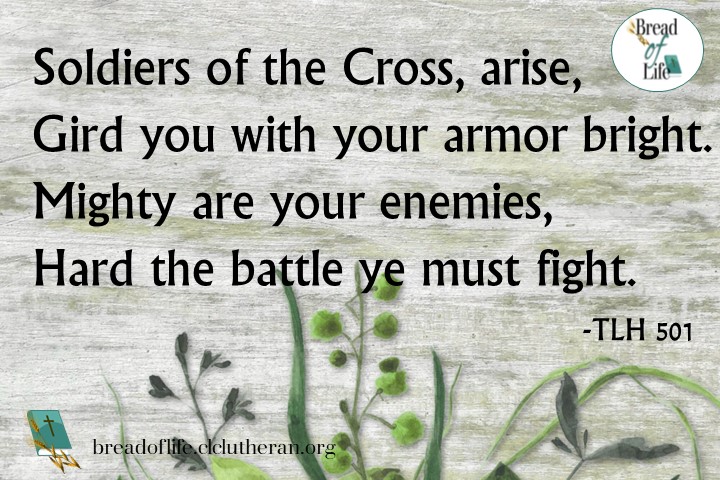 Paul and Barnabas at Iconium

14:1 Now at Iconium they entered together into the Jewish synagogue and spoke in such a way that a great number of both Jews and Greeks believed. 2 But the unbelieving Jews stirred up the Gentiles and poisoned their minds against the brothers.1 3 So they remained for a long time, speaking boldly for the Lord, who bore witness to the word of his grace, granting signs and wonders to be done by their hands. 4 But the people of the city were divided; some sided with the Jews and some with the apostles. 5 When an attempt was made by both Gentiles and Jews, with their rulers, to mistreat them and to stone them, 6 they learned of it and fled to Lystra and Derbe, cities of Lycaonia, and to the surrounding country, 7 and there they continued to preach the gospel.

Paul and Barnabas at Lystra

8 Now at Lystra there was a man sitting who could not use his feet. He was crippled from birth and had never walked. 9 He listened to Paul speaking. And Paul, looking intently at him and seeing that he had faith to be made well,2 10 said in a loud voice, “Stand upright on your feet.” And he sprang up and began walking. 11 And when the crowds saw what Paul had done, they lifted up their voices, saying in Lycaonian, “The gods have come down to us in the likeness of men!” 12 Barnabas they called Zeus, and Paul, Hermes, because he was the chief speaker. 13 And the priest of Zeus, whose temple was at the entrance to the city, brought oxen and garlands to the gates and wanted to offer sacrifice with the crowds. 14 But when the apostles Barnabas and Paul heard of it, they tore their garments and rushed out into the crowd, crying out, 15 “Men, why are you doing these things? We also are men, of like nature with you, and we bring you good news, that you should turn from these vain things to a living God, who made the heaven and the earth and the sea and all that is in them. 16 In past generations he allowed all the nations to walk in their own ways. 17 Yet he did not leave himself without witness, for he did good by giving you rains from heaven and fruitful seasons, satisfying your hearts with food and gladness.” 18 Even with these words they scarcely restrained the people from offering sacrifice to them.

19 But Jews came from Antioch and Iconium, and having persuaded the crowds, they stoned Paul and dragged him out of the city, supposing that he was dead. 20 But when the disciples gathered about him, he rose up and entered the city, and on the next day he went on with Barnabas to Derbe.


1 And it came to pass in Iconium, that they went both together into the synagogue of the Jews, and so spake, that a great multitude both of the Jews and also of the Greeks believed. 2 But the unbelieving Jews stirred up the Gentiles, and made their minds evil affected against the brethren. 3 Long time therefore abode they speaking boldly in the Lord, which gave testimony unto the word of his grace, and granted signs and wonders to be done by their hands. 4 But the multitude of the city was divided: and part held with the Jews, and part with the apostles. 5 And when there was an assault made both of the Gentiles, and also of the Jews with their rulers, to use them despitefully, and to stone them, 6 They were ware of it, and fled unto Lystra and Derbe, cities of Lycaonia, and unto the region that lieth round about: 7 And there they preached the gospel.

8 And there sat a certain man at Lystra, impotent in his feet, being a cripple from his mother’s womb, who never had walked: 9 The same heard Paul speak: who stedfastly beholding him, and perceiving that he had faith to be healed, 10 Said with a loud voice, Stand upright on thy feet. And he leaped and walked. 11 And when the people saw what Paul had done, they lifted up their voices, saying in the speech of Lycaonia, The gods are come down to us in the likeness of men. 12 And they called Barnabas, Jupiter; and Paul, Mercurius, because he was the chief speaker. 13 Then the priest of Jupiter, which was before their city, brought oxen and garlands unto the gates, and would have done sacrifice with the people. 14 Which when the apostles, Barnabas and Paul, heard of, they rent their clothes, and ran in among the people, crying out, 15 And saying, Sirs, why do ye these things? We also are men of like passions with you, and preach unto you that ye should turn from these vanities unto the living God, which made heaven, and earth, and the sea, and all things that are therein: 16 Who in times past suffered all nations to walk in their own ways. 17 Nevertheless he left not himself without witness, in that he did good, and gave us rain from heaven, and fruitful seasons, filling our hearts with food and gladness. 18 And with these sayings scarce restrained they the people, that they had not done sacrifice unto them.

19 And there came thither certain Jews from Antioch and Iconium, who persuaded the people, and, having stoned Paul, drew him out of the city, supposing he had been dead. 20 Howbeit, as the disciples stood round about him, he rose up, and came into the city: and the next day he departed with Barnabas to Derbe.(KJV)