Called by the Spirit, Saul and Barnabas sail for Cyprus, where Satan, through wicked Elymas, tries to block the Gospel’s advance. But Jesus can’t be stopped from conquering the heart of a man in high places. 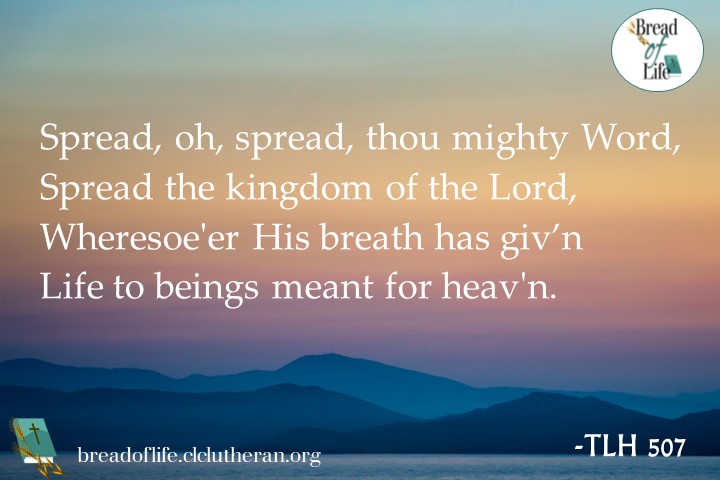 Barnabas and Saul Sent Off

13:1 Now there were in the church at Antioch prophets and teachers, Barnabas, Simeon who was called Niger,1 Lucius of Cyrene, Manaen a lifelong friend of Herod the tetrarch, and Saul. 2 While they were worshiping the Lord and fasting, the Holy Spirit said, “Set apart for me Barnabas and Saul for the work to which I have called them.” 3 Then after fasting and praying they laid their hands on them and sent them off.

Barnabas and Saul on Cyprus

4 So, being sent out by the Holy Spirit, they went down to Seleucia, and from there they sailed to Cyprus. 5 When they arrived at Salamis, they proclaimed the word of God in the synagogues of the Jews. And they had John to assist them. 6 When they had gone through the whole island as far as Paphos, they came upon a certain magician, a Jewish false prophet named Bar-Jesus. 7 He was with the proconsul, Sergius Paulus, a man of intelligence, who summoned Barnabas and Saul and sought to hear the word of God. 8 But Elymas the magician (for that is the meaning of his name) opposed them, seeking to turn the proconsul away from the faith. 9 But Saul, who was also called Paul, filled with the Holy Spirit, looked intently at him 10 and said, “You son of the devil, you enemy of all righteousness, full of all deceit and villainy, will you not stop making crooked the straight paths of the Lord? 11 And now, behold, the hand of the Lord is upon you, and you will be blind and unable to see the sun for a time.” Immediately mist and darkness fell upon him, and he went about seeking people to lead him by the hand. 12 Then the proconsul believed, when he saw what had occurred, for he was astonished at the teaching of the Lord.


1 Now there were in the church that was at Antioch certain prophets and teachers; as Barnabas, and Simeon that was called Niger, and Lucius of Cyrene, and Manaen, which had been brought up with Herod the tetrarch, and Saul. 2 As they ministered to the Lord, and fasted, the Holy Ghost said, Separate me Barnabas and Saul for the work whereunto I have called them. 3 And when they had fasted and prayed, and laid their hands on them, they sent them away.

4 So they, being sent forth by the Holy Ghost, departed unto Seleucia; and from thence they sailed to Cyprus. 5 And when they were at Salamis, they preached the word of God in the synagogues of the Jews: and they had also John to their minister. 6 And when they had gone through the isle unto Paphos, they found a certain sorcerer, a false prophet, a Jew, whose name was Barjesus: 7 Which was with the deputy of the country, Sergius Paulus, a prudent man; who called for Barnabas and Saul, and desired to hear the word of God. 8 But Elymas the sorcerer (for so is his name by interpretation) withstood them, seeking to turn away the deputy from the faith. 9 Then Saul, (who also is called Paul,) filled with the Holy Ghost, set his eyes on him, 10 And said, O full of all subtlety and all mischief, thou child of the devil, thou enemy of all righteousness, wilt thou not cease to pervert the right ways of the Lord? 11 And now, behold, the hand of the Lord is upon thee, and thou shalt be blind, not seeing the sun for a season. And immediately there fell on him a mist and a darkness; and he went about seeking some to lead him by the hand. 12 Then the deputy, when he saw what was done, believed, being astonished at the doctrine of the Lord.(KJV)

1. Spread, oh, spread, thou mighty Word,
Spread the kingdom of the Lord,
Wheresoe’er His breath has giv’n
Life to beings meant for heav’n.

2. Tell them how the Father’s will
Made the world and keeps it still,
How His only Son He gave
Man from sin and death to save.

3. Tell of our Redeemer’s love,
Who forever doth remove
By His holy sacrifice
All the guilt that on us lies.

4. Tell them of the Spirit giv’n
Now to guide us up to heav’n,
Strong and holy, just and true,
Working both to will and do.

5. Up! The ripening fields ye see.
Mighty shall the harvest be;
But the reapers still are few,
Great the work they have to do.

6. Lord of Harvest, let there be
Joy and strength to work for Thee
Till the nations far and near
See Thy light and learn Thy fear.