This section records both painful and joyful events. But through them all the Word of God grows and multiplies! So it is today. Through pandemic and war, through good times and bad, God’s Word marches on! 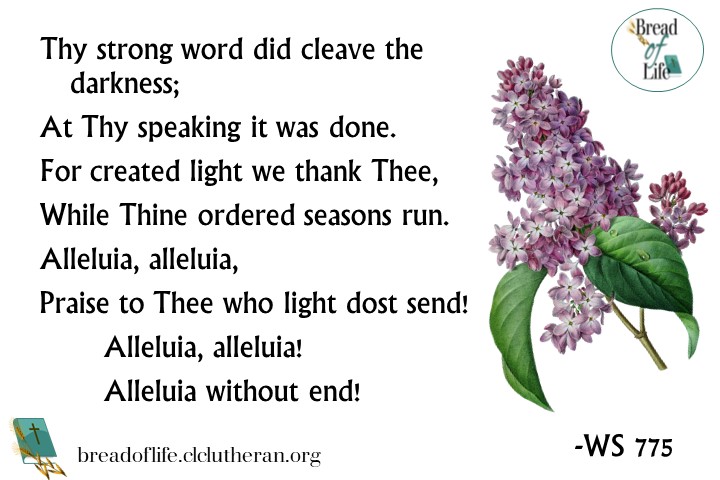 11 When Peter came to himself, he said, “Now I am sure that the Lord has sent his angel and rescued me from the hand of Herod and from all that the Jewish people were expecting.”

12 When he realized this, he went to the house of Mary, the mother of John whose other name was Mark, where many were gathered together and were praying. 13 And when he knocked at the door of the gateway, a servant girl named Rhoda came to answer. 14 Recognizing Peter’s voice, in her joy she did not open the gate but ran in and reported that Peter was standing at the gate. 15 They said to her, “You are out of your mind.” But she kept insisting that it was so, and they kept saying, “It is his angel!” 16 But Peter continued knocking, and when they opened, they saw him and were amazed. 17 But motioning to them with his hand to be silent, he described to them how the Lord had brought him out of the prison. And he said, “Tell these things to James and to the brothers.”1 Then he departed and went to another place.

18 Now when day came, there was no little disturbance among the soldiers over what had become of Peter. 19 And after Herod searched for him and did not find him, he examined the sentries and ordered that they should be put to death. Then he went down from Judea to Caesarea and spent time there.

The Death of Herod

20 Now Herod was angry with the people of Tyre and Sidon, and they came to him with one accord, and having persuaded Blastus, the king’s chamberlain,2 they asked for peace, because their country depended on the king’s country for food. 21 On an appointed day Herod put on his royal robes, took his seat upon the throne, and delivered an oration to them. 22 And the people were shouting, “The voice of a god, and not of a man!” 23 Immediately an angel of the Lord struck him down, because he did not give God the glory, and he was eaten by worms and breathed his last.

24 But the word of God increased and multiplied.

25 And Barnabas and Saul returned from3 Jerusalem when they had completed their service, bringing with them John, whose other name was Mark.


11 And when Peter was come to himself, he said, Now I know of a surety, that the Lord hath sent his angel, and hath delivered me out of the hand of Herod, and from all the expectation of the people of the Jews. 12 And when he had considered the thing, he came to the house of Mary the mother of John, whose surname was Mark; where many were gathered together praying. 13 And as Peter knocked at the door of the gate, a damsel came to hearken, named Rhoda. 14 And when she knew Peter’s voice, she opened not the gate for gladness, but ran in, and told how Peter stood before the gate. 15 And they said unto her, Thou art mad. But she constantly affirmed that it was even so. Then said they, It is his angel. 16 But Peter continued knocking: and when they had opened the door, and saw him, they were astonished. 17 But he, beckoning unto them with the hand to hold their peace, declared unto them how the Lord had brought him out of the prison. And he said, Go shew these things unto James, and to the brethren. And he departed, and went into another place. 18 Now as soon as it was day, there was no small stir among the soldiers, what was become of Peter. 19 And when Herod had sought for him, and found him not, he examined the keepers, and commanded that they should be put to death. And he went down from Judaea to Caesarea, and there abode.

20 And Herod was highly displeased with them of Tyre and Sidon: but they came with one accord to him, and, having made Blastus the king’s chamberlain their friend, desired peace; because their country was nourished by the king’s country. 21 And upon a set day Herod, arrayed in royal apparel, sat upon his throne, and made an oration unto them. 22 And the people gave a shout, saying, It is the voice of a god, and not of a man. 23 And immediately the angel of the Lord smote him, because he gave not God the glory: and he was eaten of worms, and gave up the ghost. 24 But the word of God grew and multiplied. 25 And Barnabas and Saul returned from Jerusalem, when they had fulfilled their ministry, and took with them John, whose surname was Mark.(KJV)