One apostle is put to death by the sword, while another is set free from prison by an angel. God has a distinctive plan for each of His children. His plans serve in the best interest of the individual and for His Church. 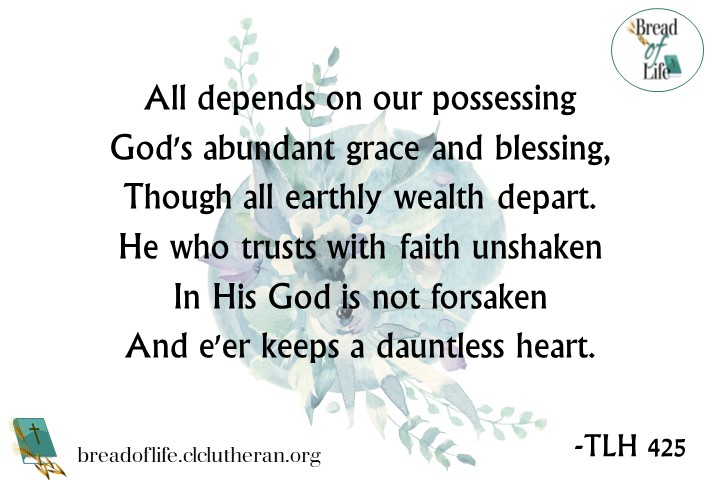 12:1 About that time Herod the king laid violent hands on some who belonged to the church. 2 He killed James the brother of John with the sword, 3 and when he saw that it pleased the Jews, he proceeded to arrest Peter also. This was during the days of Unleavened Bread. 4 And when he had seized him, he put him in prison, delivering him over to four squads of soldiers to guard him, intending after the Passover to bring him out to the people. 5 So Peter was kept in prison, but earnest prayer for him was made to God by the church.

6 Now when Herod was about to bring him out, on that very night, Peter was sleeping between two soldiers, bound with two chains, and sentries before the door were guarding the prison. 7 And behold, an angel of the Lord stood next to him, and a light shone in the cell. He struck Peter on the side and woke him, saying, “Get up quickly.” And the chains fell off his hands. 8 And the angel said to him, “Dress yourself and put on your sandals.” And he did so. And he said to him, “Wrap your cloak around you and follow me.” 9 And he went out and followed him. He did not know that what was being done by the angel was real, but thought he was seeing a vision. 10 When they had passed the first and the second guard, they came to the iron gate leading into the city. It opened for them of its own accord, and they went out and went along one street, and immediately the angel left him.


1 Now about that time Herod the king stretched forth his hands to vex certain of the church. 2 And he killed James the brother of John with the sword. 3 And because he saw it pleased the Jews, he proceeded further to take Peter also. (Then were the days of unleavened bread.) 4 And when he had apprehended him, he put him in prison, and delivered him to four quaternions of soldiers to keep him; intending after Easter to bring him forth to the people.

5 Peter therefore was kept in prison: but prayer was made without ceasing of the church unto God for him. 6 And when Herod would have brought him forth, the same night Peter was sleeping between two soldiers, bound with two chains: and the keepers before the door kept the prison. 7 And, behold, the angel of the Lord came upon him, and a light shined in the prison: and he smote Peter on the side, and raised him up, saying, Arise up quickly. And his chains fell off from his hands. 8 And the angel said unto him, Gird thyself, and bind on thy sandals. And so he did. And he saith unto him, Cast thy garment about thee, and follow me. 9 And he went out, and followed him; and wist not that it was true which was done by the angel; but thought he saw a vision. 10 When they were past the first and the second ward, they came unto the iron gate that leadeth unto the city; which opened to them of his own accord: and they went out, and passed on through one street; and forthwith the angel departed from him.(KJV)

Hymn: TLH 425 :
All Depends on our Possessing

1. All depends on our possessing
God’s abundant grace and blessing,
Though all earthly wealth depart.
He who trusts with faith unshaken
In His God is not forsaken
And e’er keeps a dauntless heart.

2. He who hitherto hath fed me
And to many joys hath led me,
Is and ever shall be mine.
He who did so gently school me,
He who still doth guide and rule me,
Will remain my Help divine.

3. Many spend their lives in fretting
Over trifles and in getting
Things that have no solid ground.
I shall strive to win a treasure
That will bring me lasting pleasure
And that now is seldom found.

4. When with sorrow I am stricken,
Hope my heart anew will quicken,
All my longing shall be stilled.
To His loving-kindness tender
Soul and body I surrender;
For in Him alone I build.

5. Well He knows what best to grant me;
All the longing hopes that haunt me,
Joy and sorrow, have their day.
I shall doubt His wisdom never,–
As God wills, so be it ever,–
I to Him commit my way.

6. If on earth my days He lengthen,
He my weary soul will stengthen;
All my trust in Him I place.
Earthly wealth is not abiding,
Like a stream away is gliding;
Safe I anchor in His grace.