As the church is scattered by persecution we see what God is doing. Those scattered brought the Gospel to many faraway places. Satan’s schemes are always overturned so that they work for God’s purposes. 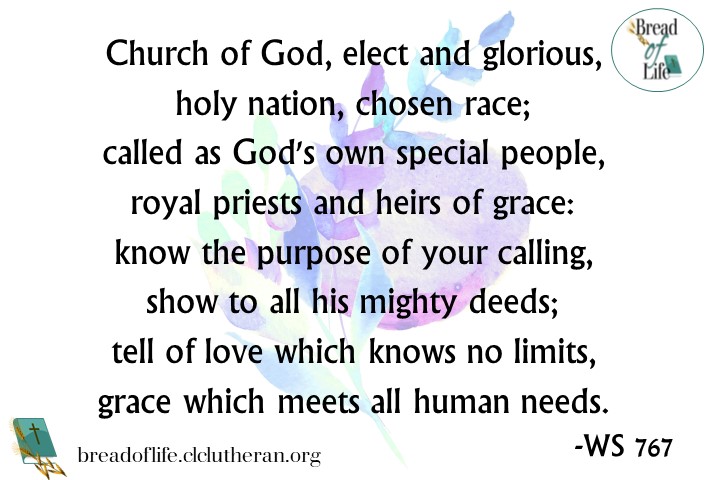 The Church in Antioch

19 Now those who were scattered because of the persecution that arose over Stephen traveled as far as Phoenicia and Cyprus and Antioch, speaking the word to no one except Jews. 20 But there were some of them, men of Cyprus and Cyrene, who on coming to Antioch spoke to the Hellenists1 also, preaching the Lord Jesus. 21 And the hand of the Lord was with them, and a great number who believed turned to the Lord. 22 The report of this came to the ears of the church in Jerusalem, and they sent Barnabas to Antioch. 23 When he came and saw the grace of God, he was glad, and he exhorted them all to remain faithful to the Lord with steadfast purpose, 24 for he was a good man, full of the Holy Spirit and of faith. And a great many people were added to the Lord. 25 So Barnabas went to Tarsus to look for Saul, 26 and when he had found him, he brought him to Antioch. For a whole year they met with the church and taught a great many people. And in Antioch the disciples were first called Christians.

27 Now in these days prophets came down from Jerusalem to Antioch. 28 And one of them named Agabus stood up and foretold by the Spirit that there would be a great famine over all the world (this took place in the days of Claudius). 29 So the disciples determined, every one according to his ability, to send relief to the brothers2 living in Judea. 30 And they did so, sending it to the elders by the hand of Barnabas and Saul.


19 Now they which were scattered abroad upon the persecution that arose about Stephen travelled as far as Phenice, and Cyprus, and Antioch, preaching the word to none but unto the Jews only. 20 And some of them were men of Cyprus and Cyrene, which, when they were come to Antioch, spake unto the Grecians, preaching the Lord Jesus. 21 And the hand of the Lord was with them: and a great number believed, and turned unto the Lord. 22 Then tidings of these things came unto the ears of the church which was in Jerusalem: and they sent forth Barnabas, that he should go as far as Antioch. 23 Who, when he came, and had seen the grace of God, was glad, and exhorted them all, that with purpose of heart they would cleave unto the Lord. 24 For he was a good man, and full of the Holy Ghost and of faith: and much people was added unto the Lord. 25 Then departed Barnabas to Tarsus, for to seek Saul: 26 And when he had found him, he brought him unto Antioch. And it came to pass, that a whole year they assembled themselves with the church, and taught much people. And the disciples were called Christians first in Antioch.

27 And in these days came prophets from Jerusalem unto Antioch. 28 And there stood up one of them named Agabus, and signified by the Spirit that there should be great dearth throughout all the world: which came to pass in the days of Claudius Caesar. 29 Then the disciples, every man according to his ability, determined to send relief unto the brethren which dwelt in Judaea: 30 Which also they did, and sent it to the elders by the hands of Barnabas and Saul.(KJV)