At first Peter is criticized for entering the home of a Gentile. But later God is praised for granting even the Gentiles repentance unto life! Problems are overcome when the Spirit gives understanding. 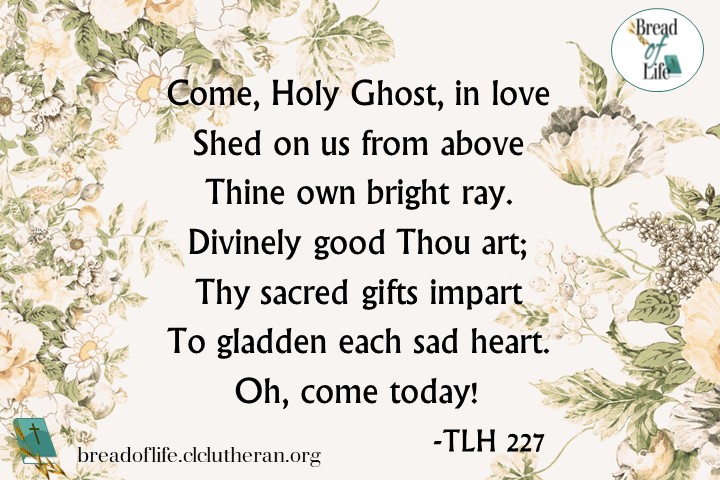 Peter Reports to the Church

11:1 Now the apostles and the brothers1 who were throughout Judea heard that the Gentiles also had received the word of God. 2 So when Peter went up to Jerusalem, the circumcision party2 criticized him, saying, 3 “You went to uncircumcised men and ate with them.” 4 But Peter began and explained it to them in order: 5 “I was in the city of Joppa praying, and in a trance I saw a vision, something like a great sheet descending, being let down from heaven by its four corners, and it came down to me. 6 Looking at it closely, I observed animals and beasts of prey and reptiles and birds of the air. 7 And I heard a voice saying to me, ‘Rise, Peter; kill and eat.’ 8 But I said, ‘By no means, Lord; for nothing common or unclean has ever entered my mouth.’ 9 But the voice answered a second time from heaven, ‘What God has made clean, do not call common.’ 10 This happened three times, and all was drawn up again into heaven. 11 And behold, at that very moment three men arrived at the house in which we were, sent to me from Caesarea. 12 And the Spirit told me to go with them, making no distinction. These six brothers also accompanied me, and we entered the man’s house. 13 And he told us how he had seen the angel stand in his house and say, ‘Send to Joppa and bring Simon who is called Peter; 14 he will declare to you a message by which you will be saved, you and all your household.’ 15 As I began to speak, the Holy Spirit fell on them just as on us at the beginning. 16 And I remembered the word of the Lord, how he said, ‘John baptized with water, but you will be baptized with the Holy Spirit.’ 17 If then God gave the same gift to them as he gave to us when we believed in the Lord Jesus Christ, who was I that I could stand in God’s way?” 18 When they heard these things they fell silent. And they glorified God, saying, “Then to the Gentiles also God has granted repentance that leads to life.”


1 And the apostles and brethren that were in Judaea heard that the Gentiles had also received the word of God. 2 And when Peter was come up to Jerusalem, they that were of the circumcision contended with him, 3 Saying, Thou wentest in to men uncircumcised, and didst eat with them. 4 But Peter rehearsed the matter from the beginning, and expounded it by order unto them, saying, 5 I was in the city of Joppa praying: and in a trance I saw a vision, A certain vessel descend, as it had been a great sheet, let down from heaven by four corners; and it came even to me: 6 Upon the which when I had fastened mine eyes, I considered, and saw fourfooted beasts of the earth, and wild beasts, and creeping things, and fowls of the air. 7 And I heard a voice saying unto me, Arise, Peter; slay and eat. 8 But I said, Not so, Lord: for nothing common or unclean hath at any time entered into my mouth. 9 But the voice answered me again from heaven, What God hath cleansed, that call not thou common. 10 And this was done three times: and all were drawn up again into heaven. 11 And, behold, immediately there were three men already come unto the house where I was, sent from Caesarea unto me. 12 And the Spirit bade me go with them, nothing doubting. Moreover these six brethren accompanied me, and we entered into the man’s house: 13 And he shewed us how he had seen an angel in his house, which stood and said unto him, Send men to Joppa, and call for Simon, whose surname is Peter; 14 Who shall tell thee words, whereby thou and all thy house shall be saved. 15 And as I began to speak, the Holy Ghost fell on them, as on us at the beginning. 16 Then remembered I the word of the Lord, how that he said, John indeed baptized with water; but ye shall be baptized with the Holy Ghost. 17 Forasmuch then as God gave them the like gift as he did unto us, who believed on the Lord Jesus Christ; what was I, that I could withstand God? 18 When they heard these things, they held their peace, and glorified God, saying, Then hath God also to the Gentiles granted repentance unto life.(KJV)

1. Come, Holy Ghost, in love
Shed on us from above
Thine own bright ray.
Divinely good Thou art;
Thy sacred gifts impart
To gladden each sad heart.
Oh, come today!

2. Come, tenderest Friend and best,
Our most delightful Guest,
With soothing power.
Rest which the weary know,
Shade mid the noontide glow,
Peace when deep griefs o’erflow,
Cheer us this hour.

3. Come, Light serene and still,
Our inmost bosoms fill,
Dwell in each breast.
We know no dawn but Thine;
Send forth Thy beams divine
On our dark souls to shine
And make us blest.

5. Come, all the faithful bless;
Let all who Christ confess
His praise employ.
Give virtue’s rich reward,
Victorious death accord
And, with our glorious Lord,
Eternal joy.