Who of us would ever peg Saul, nemesis of the early Church, as God’s choice to be an apostle of Christ? But isn’t it just as astonishing that sinful wretches like us are now God’s forgiven saints and ambassadors? 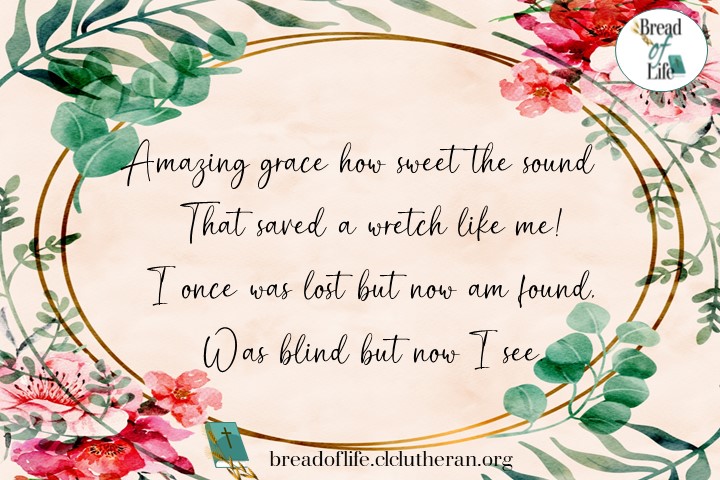 The Conversion of Saul

9:1 But Saul, still breathing threats and murder against the disciples of the Lord, went to the high priest 2 and asked him for letters to the synagogues at Damascus, so that if he found any belonging to the Way, men or women, he might bring them bound to Jerusalem. 3 Now as he went on his way, he approached Damascus, and suddenly a light from heaven shone around him. 4 And falling to the ground, he heard a voice saying to him, “Saul, Saul, why are you persecuting me?” 5 And he said, “Who are you, Lord?” And he said, “I am Jesus, whom you are persecuting. 6 But rise and enter the city, and you will be told what you are to do.” 7 The men who were traveling with him stood speechless, hearing the voice but seeing no one. 8 Saul rose from the ground, and although his eyes were opened, he saw nothing. So they led him by the hand and brought him into Damascus. 9 And for three days he was without sight, and neither ate nor drank.

10 Now there was a disciple at Damascus named Ananias. The Lord said to him in a vision, “Ananias.” And he said, “Here I am, Lord.” 11 And the Lord said to him, “Rise and go to the street called Straight, and at the house of Judas look for a man of Tarsus named Saul, for behold, he is praying, 12 and he has seen in a vision a man named Ananias come in and lay his hands on him so that he might regain his sight.” 13 But Ananias answered, “Lord, I have heard from many about this man, how much evil he has done to your saints at Jerusalem. 14 And here he has authority from the chief priests to bind all who call on your name.” 15 But the Lord said to him, “Go, for he is a chosen instrument of mine to carry my name before the Gentiles and kings and the children of Israel. 16 For I will show him how much he must suffer for the sake of my name.” 17 So Ananias departed and entered the house. And laying his hands on him he said, “Brother Saul, the Lord Jesus who appeared to you on the road by which you came has sent me so that you may regain your sight and be filled with the Holy Spirit.” 18 And immediately something like scales fell from his eyes, and he regained his sight. Then he rose and was baptized; 19 and taking food, he was strengthened.

For some days he was with the disciples at Damascus.


1 And Saul, yet breathing out threatenings and slaughter against the disciples of the Lord, went unto the high priest, 2 And desired of him letters to Damascus to the synagogues, that if he found any of this way, whether they were men or women, he might bring them bound unto Jerusalem. 3 And as he journeyed, he came near Damascus: and suddenly there shined round about him a light from heaven: 4 And he fell to the earth, and heard a voice saying unto him, Saul, Saul, why persecutest thou me? 5 And he said, Who art thou, Lord? And the Lord said, I am Jesus whom thou persecutest: it is hard for thee to kick against the pricks. 6 And he trembling and astonished said, Lord, what wilt thou have me to do? And the Lord said unto him, Arise, and go into the city, and it shall be told thee what thou must do. 7 And the men which journeyed with him stood speechless, hearing a voice, but seeing no man. 8 And Saul arose from the earth; and when his eyes were opened, he saw no man: but they led him by the hand, and brought him into Damascus. 9 And he was three days without sight, and neither did eat nor drink.

10 And there was a certain disciple at Damascus, named Ananias; and to him said the Lord in a vision, Ananias. And he said, Behold, I am here, Lord. 11 And the Lord said unto him, Arise, and go into the street which is called Straight, and inquire in the house of Judas for one called Saul, of Tarsus: for, behold, he prayeth, 12 And hath seen in a vision a man named Ananias coming in, and putting his hand on him, that he might receive his sight. 13 Then Ananias answered, Lord, I have heard by many of this man, how much evil he hath done to thy saints at Jerusalem: 14 And here he hath authority from the chief priests to bind all that call on thy name. 15 But the Lord said unto him, Go thy way: for he is a chosen vessel unto me, to bear my name before the Gentiles, and kings, and the children of Israel: 16 For I will shew him how great things he must suffer for my name’s sake. 17 And Ananias went his way, and entered into the house; and putting his hands on him said, Brother Saul, the Lord, even Jesus, that appeared unto thee in the way as thou camest, hath sent me, that thou mightest receive thy sight, and be filled with the Holy Ghost. 18 And immediately there fell from his eyes as it had been scales: and he received sight forthwith, and arose, and was baptized. 19 And when he had received meat, he was strengthened. Then was Saul certain days with the disciples which were at Damascus.(KJV)

1. Amazing grace how sweet the sound
That saved a wretch like me!
I once was lost but now am found,
Was blind but now I see.

2. The Lord has promised good to me;
His Word my hope secures.
He will my shield and portion be
As long as life endures.

3. Through many dangers, toils, and snares
I have already come;
‘Tis grace has brought me safe thus far,
And grace will lead me home.

4. When we’ve been there ten thousand years,
Bright shining as the sun,
We’ve no less days to sing God’s praise
Than when we’d first begun.