Through the witness of the evangelist Philip, the Word reaches into Samaria. However, problems arise when Simon tries to buy the Holy Spirit. The solution to sinful attitudes is always repentance and forgiveness. 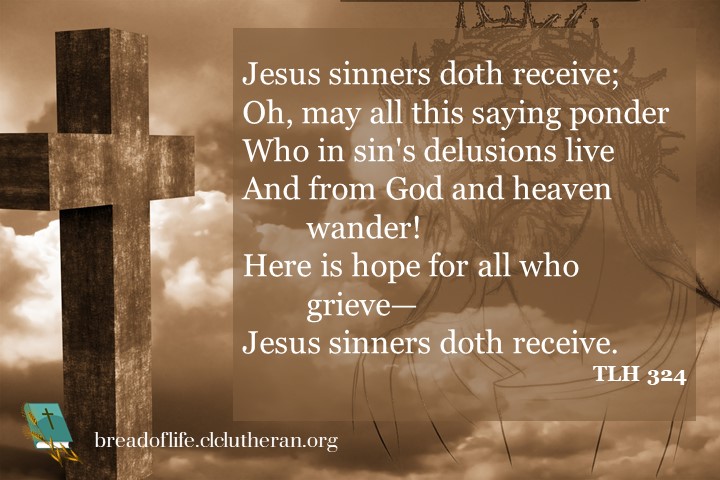 9 But there was a man named Simon, who had previously practiced magic in the city and amazed the people of Samaria, saying that he himself was somebody great. 10 They all paid attention to him, from the least to the greatest, saying, “This man is the power of God that is called Great.” 11 And they paid attention to him because for a long time he had amazed them with his magic. 12 But when they believed Philip as he preached good news about the kingdom of God and the name of Jesus Christ, they were baptized, both men and women. 13 Even Simon himself believed, and after being baptized he continued with Philip. And seeing signs and great miracles1 performed, he was amazed.

14 Now when the apostles at Jerusalem heard that Samaria had received the word of God, they sent to them Peter and John, 15 who came down and prayed for them that they might receive the Holy Spirit, 16 for he had not yet fallen on any of them, but they had only been baptized in the name of the Lord Jesus. 17 Then they laid their hands on them and they received the Holy Spirit. 18 Now when Simon saw that the Spirit was given through the laying on of the apostles’ hands, he offered them money, 19 saying, “Give me this power also, so that anyone on whom I lay my hands may receive the Holy Spirit.” 20 But Peter said to him, “May your silver perish with you, because you thought you could obtain the gift of God with money! 21 You have neither part nor lot in this matter, for your heart is not right before God. 22 Repent, therefore, of this wickedness of yours, and pray to the Lord that, if possible, the intent of your heart may be forgiven you. 23 For I see that you are in the gall2 of bitterness and in the bond of iniquity.” 24 And Simon answered, “Pray for me to the Lord, that nothing of what you have said may come upon me.”

25 Now when they had testified and spoken the word of the Lord, they returned to Jerusalem, preaching the gospel to many villages of the Samaritans.


9 But there was a certain man, called Simon, which beforetime in the same city used sorcery, and bewitched the people of Samaria, giving out that himself was some great one: 10 To whom they all gave heed, from the least to the greatest, saying, This man is the great power of God. 11 And to him they had regard, because that of long time he had bewitched them with sorceries. 12 But when they believed Philip preaching the things concerning the kingdom of God, and the name of Jesus Christ, they were baptized, both men and women. 13 Then Simon himself believed also: and when he was baptized, he continued with Philip, and wondered, beholding the miracles and signs which were done.

14 Now when the apostles which were at Jerusalem heard that Samaria had received the word of God, they sent unto them Peter and John: 15 Who, when they were come down, prayed for them, that they might receive the Holy Ghost: 16 (For as yet he was fallen upon none of them: only they were baptized in the name of the Lord Jesus.) 17 Then laid they their hands on them, and they received the Holy Ghost. 18 And when Simon saw that through laying on of the apostles’ hands the Holy Ghost was given, he offered them money, 19 Saying, Give me also this power, that on whomsoever I lay hands, he may receive the Holy Ghost. 20 But Peter said unto him, Thy money perish with thee, because thou hast thought that the gift of God may be purchased with money. 21 Thou hast neither part nor lot in this matter: for thy heart is not right in the sight of God. 22 Repent therefore of this thy wickedness, and pray God, if perhaps the thought of thine heart may be forgiven thee. 23 For I perceive that thou art in the gall of bitterness, and in the bond of iniquity. 24 Then answered Simon, and said, Pray ye to the Lord for me, that none of these things which ye have spoken come upon me. 25 And they, when they had testified and preached the word of the Lord, returned to Jerusalem, and preached the gospel in many villages of the Samaritans.(KJV)

2. We deserve but grief and shame,
Yet His words, rich grace revealing,
Pardon, peace, and life proclaim.
Here their ills have perfect healing
Who with humble hearts believe–
Jesus sinners doth receive.

3. Sheep that from the fold did stray
No true shepherd e’er forsaketh:
Weary souls that lost their way
Christ, the Shepherd, gently taketh
In His arms that they may live–
Jesus sinners doth receive.

4. Come, ye sinners, one and all,
Come, accept His invitation;
Come, obey His gracious call,
Come and take His free salvation!
Firmly in these words believe:
Jesus sinners doth receive.

5. I, a sinner, come to Thee
With a penitent confession;
Savior, mercy show to me
Grant for all my sins remission.
Let these words my soul relieve:
Jesus sinners doth receive.

6. Oh, how blest it is to know;
Were as scarlet my transgression,
It shall be as white as snow
By Thy blood and bitter Passion:
For these words I now believe:
Jesus sinners doth receive.

7. Now my conscience is at peace,
From the Law I stand acquitted;
Christ hath purchased my release
And my every sin remitted.
Naught remains my soul to grieve,–
Jesus sinners doth receive.