As Stephen continues his Old Testament review, he turns our attention to God’s gift of the prophet Moses to His people. God raised up Moses, through whom He would perform mighty signs in setting His people free. 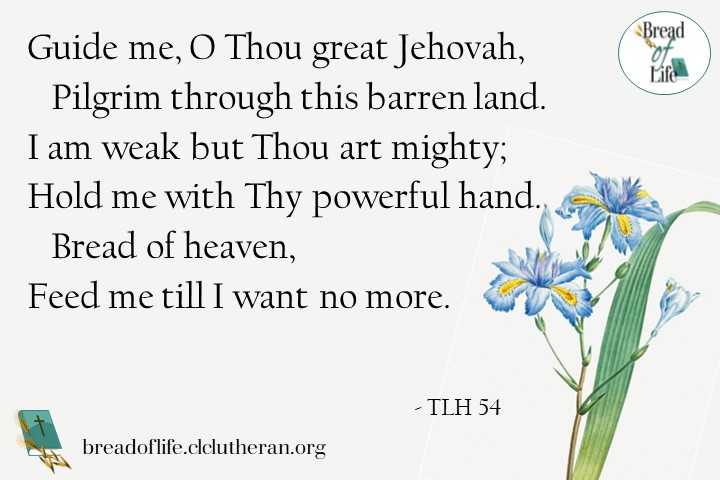 20 At this time Moses was born; and he was beautiful in God’s sight. And he was brought up for three months in his father’s house, 21 and when he was exposed, Pharaoh’s daughter adopted him and brought him up as her own son. 22 And Moses was instructed in all the wisdom of the Egyptians, and he was mighty in his words and deeds.

23 “When he was forty years old, it came into his heart to visit his brothers, the children of Israel. 24 And seeing one of them being wronged, he defended the oppressed man and avenged him by striking down the Egyptian. 25 He supposed that his brothers would understand that God was giving them salvation by his hand, but they did not understand. 26 And on the following day he appeared to them as they were quarreling and tried to reconcile them, saying, ‘Men, you are brothers. Why do you wrong each other?’ 27 But the man who was wronging his neighbor thrust him aside, saying, ‘Who made you a ruler and a judge over us? 28 Do you want to kill me as you killed the Egyptian yesterday?’ 29 At this retort Moses fled and became an exile in the land of Midian, where he became the father of two sons.

30 “Now when forty years had passed, an angel appeared to him in the wilderness of Mount Sinai, in a flame of fire in a bush. 31 When Moses saw it, he was amazed at the sight, and as he drew near to look, there came the voice of the Lord: 32 ‘I am the God of your fathers, the God of Abraham and of Isaac and of Jacob.’ And Moses trembled and did not dare to look. 33 Then the Lord said to him, ‘Take off the sandals from your feet, for the place where you are standing is holy ground. 34 I have surely seen the affliction of my people who are in Egypt, and have heard their groaning, and I have come down to deliver them. And now come, I will send you to Egypt.’

35 “This Moses, whom they rejected, saying, ‘Who made you a ruler and a judge?’—this man God sent as both ruler and redeemer by the hand of the angel who appeared to him in the bush. 36 This man led them out, performing wonders and signs in Egypt and at the Red Sea and in the wilderness for forty years. 37 This is the Moses who said to the Israelites, ‘God will raise up for you a prophet like me from your brothers.’ 38 This is the one who was in the congregation in the wilderness with the angel who spoke to him at Mount Sinai, and with our fathers. He received living oracles to give to us.


20 In which time Moses was born, and was exceeding fair, and nourished up in his father’s house three months: 21 And when he was cast out, Pharaoh’s daughter took him up, and nourished him for her own son. 22 And Moses was learned in all the wisdom of the Egyptians, and was mighty in words and in deeds. 23 And when he was full forty years old, it came into his heart to visit his brethren the children of Israel. 24 And seeing one of them suffer wrong, he defended him, and avenged him that was oppressed, and smote the Egyptian: 25 For he supposed his brethren would have understood how that God by his hand would deliver them: but they understood not. 26 And the next day he shewed himself unto them as they strove, and would have set them at one again, saying, Sirs, ye are brethren; why do ye wrong one to another? 27 But he that did his neighbour wrong thrust him away, saying, Who made thee a ruler and a judge over us? 28 Wilt thou kill me, as thou diddest the Egyptian yesterday? 29 Then fled Moses at this saying, and was a stranger in the land of Madian, where he begat two sons.

30 And when forty years were expired, there appeared to him in the wilderness of mount Sina an angel of the Lord in a flame of fire in a bush. 31 When Moses saw it, he wondered at the sight: and as he drew near to behold it, the voice of the Lord came unto him, 32 Saying, I am the God of thy fathers, the God of Abraham, and the God of Isaac, and the God of Jacob. Then Moses trembled, and durst not behold. 33 Then said the Lord to him, Put off thy shoes from thy feet: for the place where thou standest is holy ground. 34 I have seen, I have seen the affliction of my people which is in Egypt, and I have heard their groaning, and am come down to deliver them. And now come, I will send thee into Egypt. 35 This Moses whom they refused, saying, Who made thee a ruler and a judge? the same did God send to be a ruler and a deliverer by the hand of the angel which appeared to him in the bush. 36 He brought them out, after that he had shewed wonders and signs in the land of Egypt, and in the Red sea, and in the wilderness forty years. 37 This is that Moses, which said unto the children of Israel, A prophet shall the Lord your God raise up unto you of your brethren, like unto me; him shall ye hear. 38 This is he, that was in the church in the wilderness with the angel which spake to him in the mount Sina, and with our fathers: who received the lively oracles to give unto us:(KJV)

1. Guide me, O Thou great Jehovah,
Pilgrim through this barren land.
I am weak but Thou art mighty;
Hold me with Thy powerful hand.
Bread of heaven,
Feed me till I want no more.

2. Open now the crystal fountain
Whence the healing stream doth flow;
Let the fiery, cloudy pillar
Lead me all my journey through.
Strong Deliverer
Be Thou still my Strength and Shield.

3. When I tread the verge of Jordan,
Bid my anxious fears subside;
Death of death and hell’s Destruction,
Land me safe on Canaan’s side.
Songs of praises
I will ever give to Thee.