The Church learns that apostles (and pastors) can’t do everything. Men full of the Spirit and wisdom are chosen to help carry the load. Thank God for faithful lay people willing to use their gifts in service to Christ. 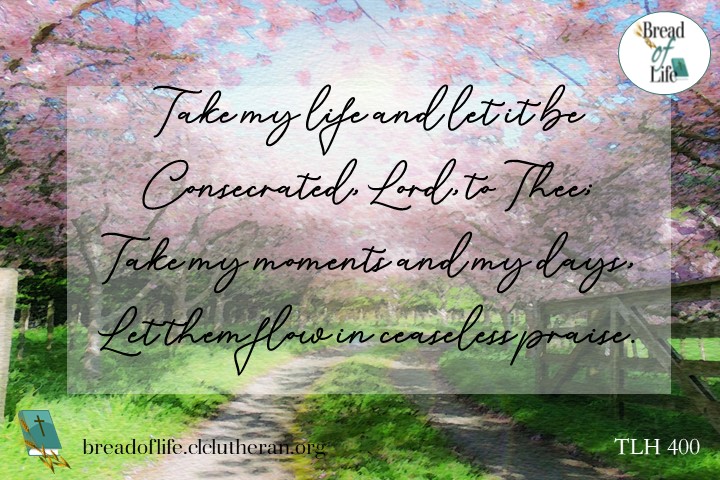 6:1 Now in these days when the disciples were increasing in number, a complaint by the Hellenists1 arose against the Hebrews because their widows were being neglected in the daily distribution. 2 And the twelve summoned the full number of the disciples and said, “It is not right that we should give up preaching the word of God to serve tables. 3 Therefore, brothers,2 pick out from among you seven men of good repute, full of the Spirit and of wisdom, whom we will appoint to this duty. 4 But we will devote ourselves to prayer and to the ministry of the word.” 5 And what they said pleased the whole gathering, and they chose Stephen, a man full of faith and of the Holy Spirit, and Philip, and Prochorus, and Nicanor, and Timon, and Parmenas, and Nicolaus, a proselyte of Antioch. 6 These they set before the apostles, and they prayed and laid their hands on them.

7 And the word of God continued to increase, and the number of the disciples multiplied greatly in Jerusalem, and a great many of the priests became obedient to the faith.

8 And Stephen, full of grace and power, was doing great wonders and signs among the people. 9 Then some of those who belonged to the synagogue of the Freedmen (as it was called), and of the Cyrenians, and of the Alexandrians, and of those from Cilicia and Asia, rose up and disputed with Stephen. 10 But they could not withstand the wisdom and the Spirit with which he was speaking. 11 Then they secretly instigated men who said, “We have heard him speak blasphemous words against Moses and God.” 12 And they stirred up the people and the elders and the scribes, and they came upon him and seized him and brought him before the council, 13 and they set up false witnesses who said, “This man never ceases to speak words against this holy place and the law, 14 for we have heard him say that this Jesus of Nazareth will destroy this place and will change the customs that Moses delivered to us.” 15 And gazing at him, all who sat in the council saw that his face was like the face of an angel.


1 And in those days, when the number of the disciples was multiplied, there arose a murmuring of the Grecians against the Hebrews, because their widows were neglected in the daily ministration. 2 Then the twelve called the multitude of the disciples unto them, and said, It is not reason that we should leave the word of God, and serve tables. 3 Wherefore, brethren, look ye out among you seven men of honest report, full of the Holy Ghost and wisdom, whom we may appoint over this business. 4 But we will give ourselves continually to prayer, and to the ministry of the word. 5 And the saying pleased the whole multitude: and they chose Stephen, a man full of faith and of the Holy Ghost, and Philip, and Prochorus, and Nicanor, and Timon, and Parmenas, and Nicolas a proselyte of Antioch: 6 Whom they set before the apostles: and when they had prayed, they laid their hands on them. 7 And the word of God increased; and the number of the disciples multiplied in Jerusalem greatly; and a great company of the priests were obedient to the faith.

8 And Stephen, full of faith and power, did great wonders and miracles among the people. 9 Then there arose certain of the synagogue, which is called the synagogue of the Libertines, and Cyrenians, and Alexandrians, and of them of Cilicia and of Asia, disputing with Stephen. 10 And they were not able to resist the wisdom and the spirit by which he spake. 11 Then they suborned men, which said, We have heard him speak blasphemous words against Moses, and against God. 12 And they stirred up the people, and the elders, and the scribes, and came upon him, and caught him, and brought him to the council, 13 And set up false witnesses, which said, This man ceaseth not to speak blasphemous words against this holy place, and the law: 14 For we have heard him say, that this Jesus of Nazareth shall destroy this place, and shall change the customs which Moses delivered us. 15 And all that sat in the council, looking stedfastly on him, saw his face as it had been the face of an angel.(KJV)

1. Take my life and let it be
Consecrated, Lord, to Thee;
Take my moments and my days,
Let them flow in ceaseless praise.

2. Take my hands and let them move
At the impulse of Thy love;
Take my feet and let them be
Swift and beautiful for Thee.

3. Take my voice and let me sing
Always, only, for my King;
Take my lips and let them be
Filled with messages from Thee.

4. Take my silver and my gold,
Not a mite would I withhold;
Take my intellect and use
Every power as Thou shalt choose.

5. Take my will and make it Thine,
It shall be no longer mine;
Take my heart, it is Thine own,
It shall be Thy royal throne.

6. Take my love, my Lord, I pour
At Thy feet its treasure-store;
Take myself, and I will be
Ever, only, all, for Thee.