The account of Ananias and Sapphira provides a sobering reminder that God takes sin quite seriously. Let each one examine his heart and life, and turn to Christ for cleansing. 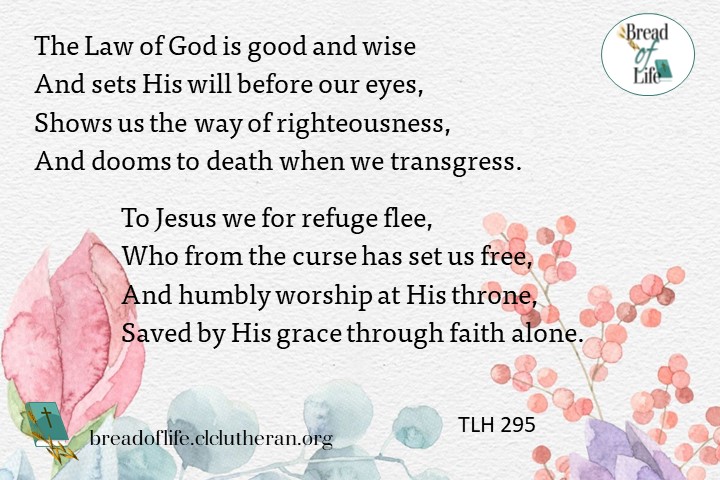 5:1 But a man named Ananias, with his wife Sapphira, sold a piece of property, 2 and with his wife’s knowledge he kept back for himself some of the proceeds and brought only a part of it and laid it at the apostles’ feet. 3 But Peter said, “Ananias, why has Satan filled your heart to lie to the Holy Spirit and to keep back for yourself part of the proceeds of the land? 4 While it remained unsold, did it not remain your own? And after it was sold, was it not at your disposal? Why is it that you have contrived this deed in your heart? You have not lied to man but to God.” 5 When Ananias heard these words, he fell down and breathed his last. And great fear came upon all who heard of it. 6 The young men rose and wrapped him up and carried him out and buried him.

7 After an interval of about three hours his wife came in, not knowing what had happened. 8 And Peter said to her, “Tell me whether you1 sold the land for so much.” And she said, “Yes, for so much.” 9 But Peter said to her, “How is it that you have agreed together to test the Spirit of the Lord? Behold, the feet of those who have buried your husband are at the door, and they will carry you out.” 10 Immediately she fell down at his feet and breathed her last. When the young men came in they found her dead, and they carried her out and buried her beside her husband. 11 And great fear came upon the whole church and upon all who heard of these things.


1 But a certain man named Ananias, with Sapphira his wife, sold a possession, 2 And kept back part of the price, his wife also being privy to it, and brought a certain part, and laid it, at the apostles’ feet. 3 But Peter said, Ananias, why hath Satan filled thine heart to lie to the Holy Ghost, and to keep back part of the price of the land? 4 Whiles it remained, was it not thine own? and after it was sold, was it not in thine own power? why hast thou conceived this thing in thine heart? thou hast not lied unto men, but unto God. 5 And Ananias hearing these words fell down, and gave up the ghost: and great fear came on all them that heard these things. 6 And the young men arose, wound him up, and carried him out, and buried him. 7 And it was about the space of three hours after, when his wife, not knowing what was done, came in. 8 And Peter answered unto her, Tell me whether ye sold the land for so much? And she said, Yea, for so much. 9 Then Peter said unto her, How is it that ye have agreed together to tempt the Spirit of the Lord? behold, the feet of them which have buried thy husband are at the door, and shall carry thee out. 10 Then fell she down straightway at his feet, and yielded up the ghost: and the young men came in, and found her dead, and, carrying her forth, buried her by her husband. 11 And great fear came upon all the church, and upon as many as heard these things.(KJV)

1. The Law of God is good and wise
And sets His will before our eyes,
Shows us the way of righteousness,
And dooms to death when we transgress.

2. Its light of holiness imparts
The knowledge of our sinful hearts
That we may see our lost estate
And seek deliverance ere too late.

3. To those who help in Christ have found
And would in works of love abound
It shows what deeds are His delight
And should be done as food and right.

4. When men the offered help disdain
And willfully in sin remain,
Its terror in their ear resounds
And keeps their wickedness in bounds.

5. The Law is good; but since the Fall
Its holiness condemns us all;
It dooms us for our sin to die
And has no power to justify.

6. To Jesus we for refuge flee,
Who from the curse has set us free,
And humbly worship at His throne,
Saved by His grace through faith alone.