Luke records what Isaiah had already prophesied concerning Jesus’ burial: “For the transgression of my people he was stricken. He was assigned a grave with the wicked, and with the rich in his death” (Isaiah 53:8-9). 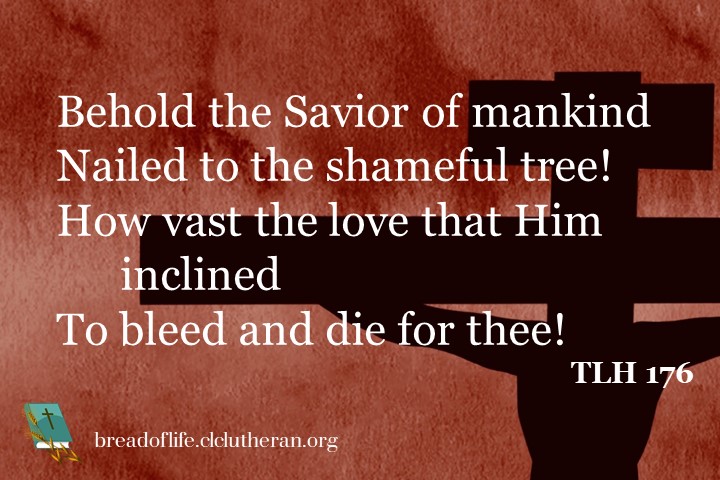 50 Now there was a man named Joseph, from the Jewish town of Arimathea. He was a member of the council, a good and righteous man, 51 who had not consented to their decision and action; and he was looking for the kingdom of God. 52 This man went to Pilate and asked for the body of Jesus. 53 Then he took it down and wrapped it in a linen shroud and laid him in a tomb cut in stone, where no one had ever yet been laid. 54 It was the day of Preparation, and the Sabbath was beginning.1 55 The women who had come with him from Galilee followed and saw the tomb and how his body was laid. 56 Then they returned and prepared spices and ointments.

On the Sabbath they rested according to the commandment.


50 And, behold, there was a man named Joseph, a counsellor; and he was a good man, and a just: 51 (The same had not consented to the counsel and deed of them;) he was of Arimathaea, a city of the Jews: who also himself waited for the kingdom of God. 52 This man went unto Pilate, and begged the body of Jesus. 53 And he took it down, and wrapped it in linen, and laid it in a sepulchre that was hewn in stone, wherein never man before was laid. 54 And that day was the preparation, and the sabbath drew on. 55 And the women also, which came with him from Galilee, followed after, and beheld the sepulchre, and how his body was laid. 56 And they returned, and prepared spices and ointments; and rested the sabbath day according to the commandment.(KJV)

1. Behold the Savior of mankind
Nailed to the shameful tree!
How vast the love that Him inclined
To bleed and die for thee!

2. Hark how He groans while nature shakes
And earth’s strong pillars bend!
The Temple’s veil in sunder breaks,
The solid marbles rend.

3. ‘Tis done; the precious ransom’s paid;
“Receive my soul!” He cries.
See where He bows His sacred head;
He bows His head and dies.

4. But soon He’ll break death’s envious chain
And in full glory shine.
O Lamb of God, was ever pain,
Was ever love, like Thine?