Not even unscrupulous Pilate can find a speck of guilt in Jesus. Yet in cowardice he capitulates to the crowd’s lust for blood, and darkness has its day. But it won’t be long before God will turn the table on evil’s schemes. 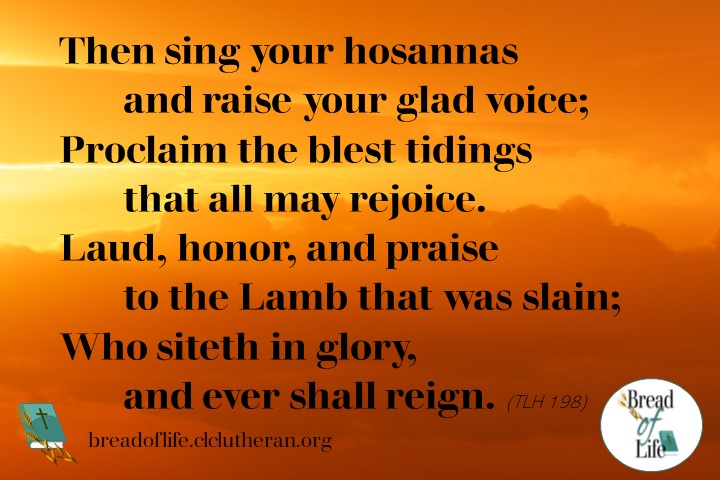 13 Pilate then called together the chief priests and the rulers and the people, 14 and said to them, “You brought me this man as one who was misleading the people. And after examining him before you, behold, I did not find this man guilty of any of your charges against him. 15 Neither did Herod, for he sent him back to us. Look, nothing deserving death has been done by him. 16 I will therefore punish and release him.”1

Pilate Delivers Jesus to Be Crucified

18 But they all cried out together, “Away with this man, and release to us Barabbas”—19 a man who had been thrown into prison for an insurrection started in the city and for murder. 20 Pilate addressed them once more, desiring to release Jesus, 21 but they kept shouting, “Crucify, crucify him!” 22 A third time he said to them, “Why? What evil has he done? I have found in him no guilt deserving death. I will therefore punish and release him.” 23 But they were urgent, demanding with loud cries that he should be crucified. And their voices prevailed. 24 So Pilate decided that their demand should be granted. 25 He released the man who had been thrown into prison for insurrection and murder, for whom they asked, but he delivered Jesus over to their will.


13 And Pilate, when he had called together the chief priests and the rulers and the people, 14 Said unto them, Ye have brought this man unto me, as one that perverteth the people: and, behold, I, having examined him before you, have found no fault in this man touching those things whereof ye accuse him: 15 No, nor yet Herod: for I sent you to him; and, lo, nothing worthy of death is done unto him. 16 I will therefore chastise him, and release him. 17 (For of necessity he must release one unto them at the feast.) 18 And they cried out all at once, saying, Away with this man, and release unto us Barabbas: 19 (Who for a certain sedition made in the city, and for murder, was cast into prison.) 20 Pilate therefore, willing to release Jesus, spake again to them. 21 But they cried, saying, Crucify him, crucify him. 22 And he said unto them the third time, Why, what evil hath he done? I have found no cause of death in him: I will therefore chastise him, and let him go. 23 And they were instant with loud voices, requiring that he might be crucified. And the voices of them and of the chief priests prevailed. 24 And Pilate gave sentence that it should be as they required. 25 And he released unto them him that for sedition and murder was cast into prison, whom they had desired; but he delivered Jesus to their will.(KJV)

2. The foe was triumphant when on Calvary
The Lord of creation was nailed to the tree.
In Satan’s domain did the hosts shout and jeer,
For Jesus was slain, whom the evil ones fear.

3. But short was their triumph, the Savior arose,
And death, hell, and Satan He vanquished, His foes;
The conquering Lord lifts his banner on high.
He lives, yea, he lives, and will nevermore die.

4. Oh, where is your sting, death? We fear thee no more;
Christ rose, and now open is fair Eden’s door.
For all our transgressions His blood does atone;
Redeemed and forgiven, we now are His own.

5. Then sing your hosannas and raise your glad voice;
Proclaim the blest tidings that all may rejoice.
Laud, honor, and praise to the Lamb that was slain;
Who siteth in glory, and ever shall reign.